WUHAN, Oct. 10 (Xinhua) -- The medal and trophy designs for the 7th Military World Games were unveiled by the executive board here on Thursday.

Named "Star of Peace and Friendship", the medals are 81mm in diameter and 5mm thick, with the gold medal made of brass plated with two grams of gold. 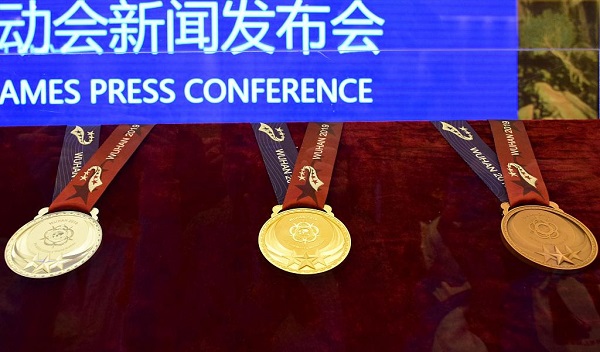 In addition to the International Military Sports Council (CISM) logo and the emblem of the 7th Games, the medals also include Chinese elements such as the Great Wall, plum blossoms and local historic scenic spot the Yellow Crane Tower.

The Games' trophy is called "Take-Off", and its design features elements including plum blossoms and doves, conveying the meaning of peace, combined with the number "7", and the figure of auspicious cloud. 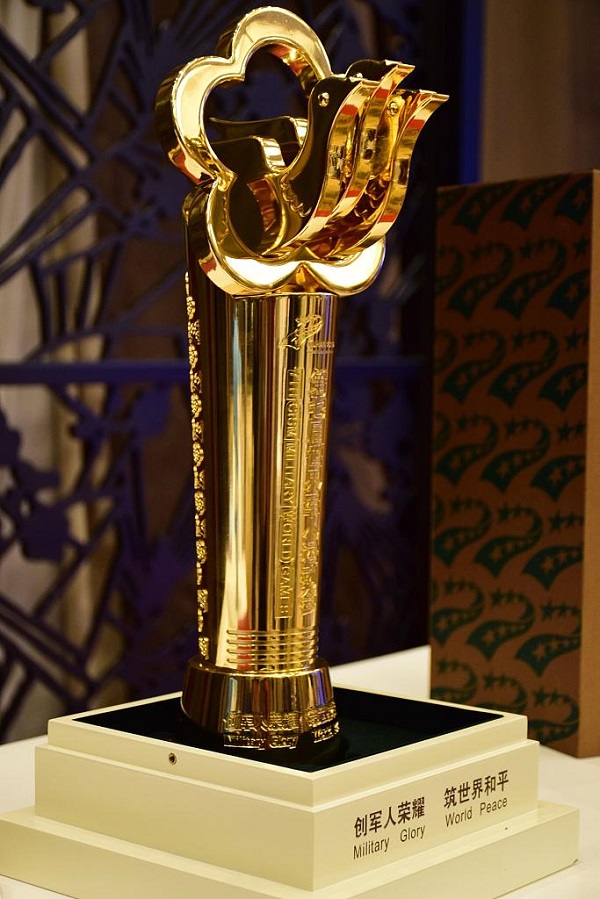 During the awards ceremonies, the medals and trophy will be presented by ladies dressed in traditional Chinese cheongsam, either in blue of traditional porcelain or in Chinese red.

The ceremonies' musical accompaniment uses the melody of the Jianli folk song, an intangible cultural heritage in China, and also incorporates chimes, military drums and trumpets.

The 7th Military World Games is to open in Wuhan on October 18.