As of the end of last year, about 13.7 million babies in previously impoverished areas in China have benefited from a nationwide program aimed at improving their nutrition, the National Health Commission said on Monday. 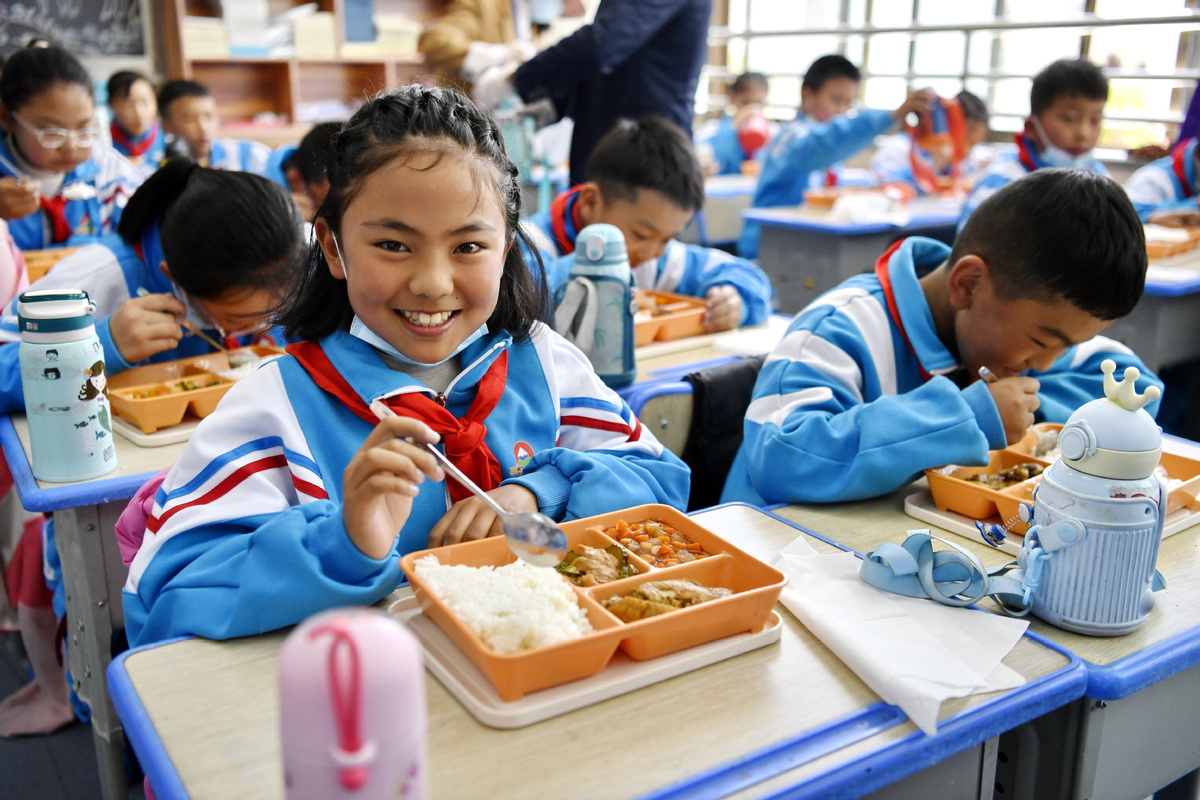 Students have lunch at a primary school in Lahsa, China's Tibet autonomous region, on May 12, 2022. (Photo: Xinhua)

The commission initiated the program in 2012 to provide micronutrient sachets for infants and young children aged 6 months to 2 years in impoverished areas. The food supplement package contains essential proteins, vitamins and minerals to counter malnutrition, and its Chinese name, Ying Yang Bao, has been recognized by international organizations.

Liu Jinfeng, head of the commission's Department of Food Safety Standards, Risk Surveillance and Assessments, said monitoring data show that the average rate of anemia in areas involved in the program dropped nearly 67 percent from 2012 to 2021, and the stunting rate declined about 70 percent during the period.

China also launched another program in 2011 to issue nutrition subsidies to primary and junior high school students in rural areas.

Ding Gangqiang, head of the Chinese Center for Disease Control and Prevention's Nutrition and Health Institute, said that each student can now receive 5 yuan ($0.75) per day at school.

"We have also rolled out a number of child nutrition guidelines and books, provided training to improve the diet management capabilities of campus staff and promoted awareness about nutritional health among students," he said.

Data has shown that the rate of anemia among primary and junior high school students dropped from 16.7 percent in 2012 to 11.4 percent in 2021. The rate of stunting among that group registered a sharper decline of 5.5 percentage points to 2.5 percent last year, Ding said.