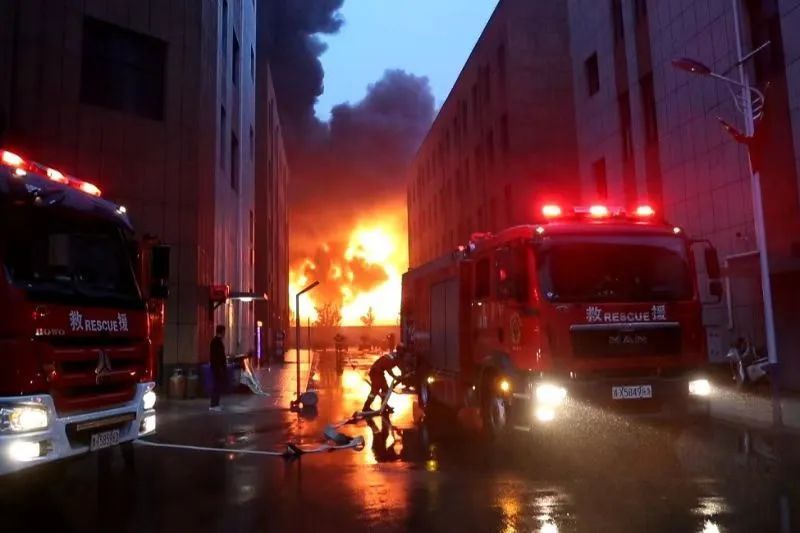 Wang Xiangxi, minister of emergency management, has called for better management of welding operations after a deadly factory fire, suspected to have been caused by such an operation, left 38 dead and two injured in Henan province.

The fire broke out at 4:22 pm on Monday at a two-story garment workshop in the Wenfeng district of Anyang, according to local authorities. The blaze was extinguished around midnight following efforts that involved 240 firefighters and 63 fire trucks.

Eighty-nine people managed to escape. The two who were injured were sent to a hospital and were in stable condition.

A preliminary investigation found that a welding operation on the first floor, which was used as a warehouse, was to blame for the accident. The operation ignited some cotton fibers, which then set fire to large piles of cloth.

Many of the victims, who were not able to escape and suffocated, are workers making winter clothes on the second floor.

After visiting the site on Wednesday morning, Wang held a conference to discuss how authorities should respond to the tragedy.

The accident has not only resulted in heavy losses, but also taught a sobering lesson, the minister said in the meeting, calling for all-out efforts to deal with the aftermath.

He demanded that work groups be set up to comfort the families of the victims, treat the injured and provide psychological counseling to those in need. He also called for measures to prevent the occurrence of secondary disasters.

Wang called on law enforcement officials to identify the cause of the fire and bring those responsible to justice as soon as possible.

The accident has exposed some prominent problems in fire safety management. Authorities across the country should draw a lesson from it and immediately take actions accordingly to rectify violations in warehouses, high-rise buildings, large commercial complex and restaurants to avoid similar accidents, he said.

Inspections should be carried out to ensure production safety in key sectors, including hazardous chemicals, mining, transportation and construction, to identify hazards, Wang said. The management of welding operation should be intensified to resolutely curb the occurrence of extraordinarily serious accidents.