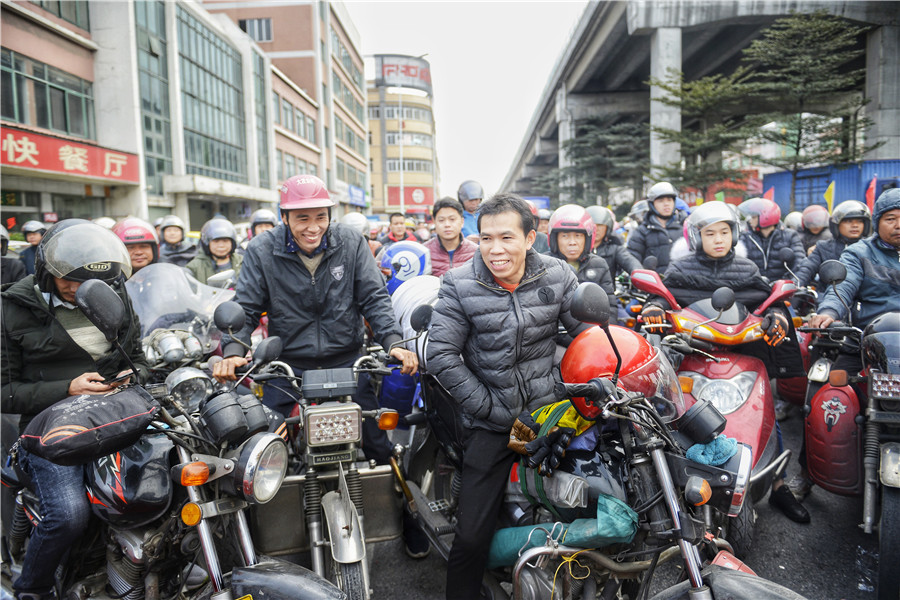 The Ministry of Public Security issued an early warning for transportation safety during Spring Festival travel rush, as traffic accidents have increased over the past five years during the holiday period.

"Because of the heavy flow of passengers and terrible weather, major traffic accidents during the Spring Festival period have increased significantly," Guo Lin, spokeswoman for the ministry, said at a news briefing on Wednesday.

Figures provided by the ministry show that during the past five years, an average of 95 major traffic accidents that killed more than three people occurred during the holiday period.

In 2018, two major traffic accidents that each killed more than 10 people occurred, accounting for nearly half of the major traffic cases for the whole year.

"The 2019 Spring Festival is approaching, and there are some risks concerning the safety of road traffic. We are facing a practical challenge to guarantee social safety and smooth traffic flow," said Li Jiangping, deputy director of the ministry's traffic management bureau.

According to the ministry, an estimated of 2.46 billion people will use vehicles on roads during the Spring Festival holiday, about the same as last year.

He said the authorities will seriously investigate the drivers of private cars who don't abide by traffic rules or who are involved in illegal driving－including driving while sleepy or exceeding the speed limit－if major crashes occur.

According to the ministry, the number of crashes caused by private cars increased sharply over the past five years. Private cars were involved in 75 percent of the total deaths during the Spring Festival period last year－up from 58 percent in 2014.

According to the ministry, the number of crashes caused by motorcycles has been on the rise since 2014, especially in Guangdong, Yunnan provinces and the Guangxi Zhuang autonomous region. In those places, the death toll caused by motorcycles accounted for 32.5 percent of the total road casualties nationwide.

Moreover, police officers will attach great importance to investigating drunken driving and other illegal and dangerous activities to ensure safe and civilized roads during the holiday.

Since 2014, the number of cases of drunken driving during Spring Festival have risen sharply. The death toll caused by drunken driving and other illegal driving accounted for 31 percent of total deaths during the holiday, the ministry said.