The education supervision commission of the State Council, China's Cabinet, has asked education authorities in Yunnan province to spare no effort in treating the teachers and students who were injured after a man sprayed a corrosive chemical at a local kindergarten. 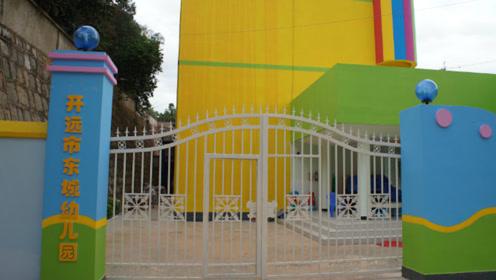 Fifty-one children and three teachers were injured at a kindergarten in Kaiyuan city on Monday after the 23-year-old suspect, surnamed Kong, climbed into the kindergarten and sprayed caustic soda on a room full of students and teachers, the local government said in a statement.

Two were seriously injured, but their injuries were not life-threatening, the statement said.

Local police said Kong has been detained. He carried out the attack alone and said he did it to take revenge on society because he lacked parental care growing up and has had a rough time at work, police said in a statement.

The Ministry of Education strongly condemned the attack, which was carried out in a cruel manner, it said in a statement on Tuesday night.

The incident is another wakeup call for education authorities at all levels and showed that there are still problems with ensuring school security, the statement said, adding that security equipment and risk prevention and control systems should be further improved.

It called on education departments at all levels to put more effort into enhancing schools' security capabilities and strengthening governance over areas around schools, particularly by checking for suspicious people.

Caustic soda, also known as lye, is used in the manufacturing of a number of common products, including soap, paper and various dyes.

Exposure can irritate or burn the eyes and skin, provoke an allergic reaction or even cause temporary hair loss.

On Sept 2, the first day of school, a man killed eight students and injured two others at a primary school in Enshi Tujia and Miao autonomous prefecture, Hubei province.

In January, 20 pupils were wounded at a Beijing primary school after a former repair worker who had work grievances used a hammer to attack the students. The 49-year-old male suspect, surnamed Jia, was detained by police.