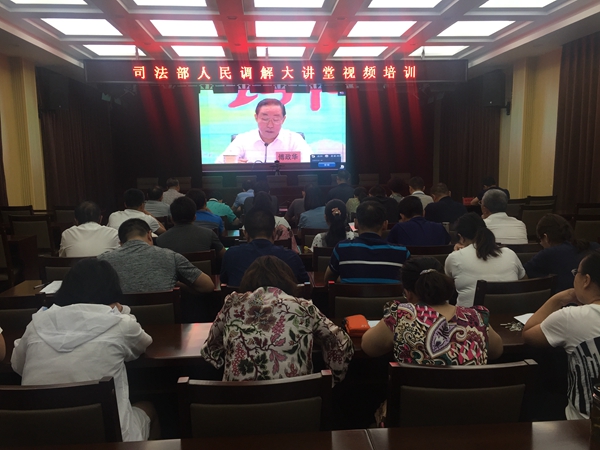 BEIJING, July 7 -- The Ministry of Justice has launched a new remote training program for "people's mediators" in China.

A total of 98,000 people across the country watched the first live video training on Wednesday, which was given by an experienced mediator from a grassroots mediation committee in Chongqing.

Such training will be arranged monthly after July to improve mediators' mediation skills, according to justice minister Fu Zhenghua.

China uses a "people's mediation" method to resolve civil disputes outside judicial proceedings. People's mediation committees are found in villages and towns, as well as some enterprises and public institutions.

So far, China has 766,000 such mediation committees and 497,000 full-time mediators. About 9 million cases were settled through mediation every year.