CHINA Ministry of Agriculture to encourage alternatives to pork production

Ministry of Agriculture to encourage alternatives to pork production

China will intensify its measures to stabilize its pork supply and increase alternative meat production, according to a statement from the Ministry of Agriculture and Rural Affairs on Monday. 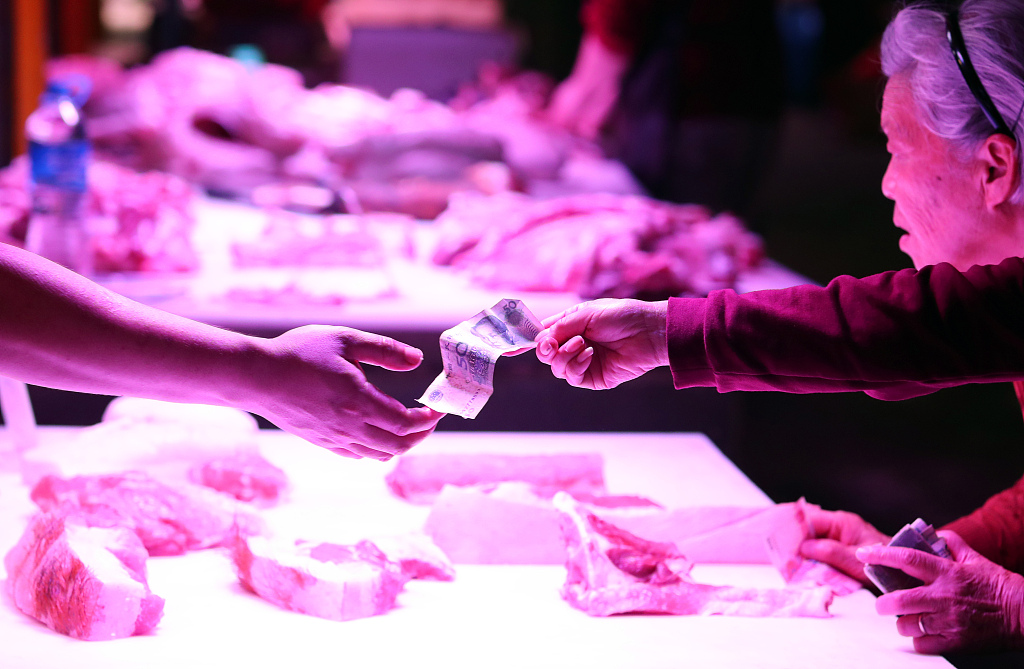 According to the statement, the Ministry is working to stabilize market expectation and encouraging the production of alternatives to pork, including poultry, beef, lamb and aquatic products.

China's consumer prices have been rising in recent months, largely driven by soaring pork prices as African swine fever ravages the country. In October, China's consumer prices rose at their fastest pace in almost eight years, with the price of pork more than doubling year-on-year, according to the National Bureau of Statistics.

The government has introduced multiple policies to curb the rising price of pork, including higher subsidies for consumers and farmers, increasing pork imports as well as releasing frozen pork from the national reserves.

Pork imports rose 43.6 percent to 1.32 million tons in the first three quarters of the year, according to China Customs. As of the end of September, a total of 30,000 tons of pork have been released into the market from national reserves.

Pork is the most consumed meat in China. In 2018, pork production in China totaled 54.2 million tons, accounting for 48 percent of global production, with consumption per capita reaching 40 kilograms throughout the year.