The Chinese Ministry of Education vowed to mobilize more efforts to ensure the employment of college graduates affected by the outbreak of the COVID-19. 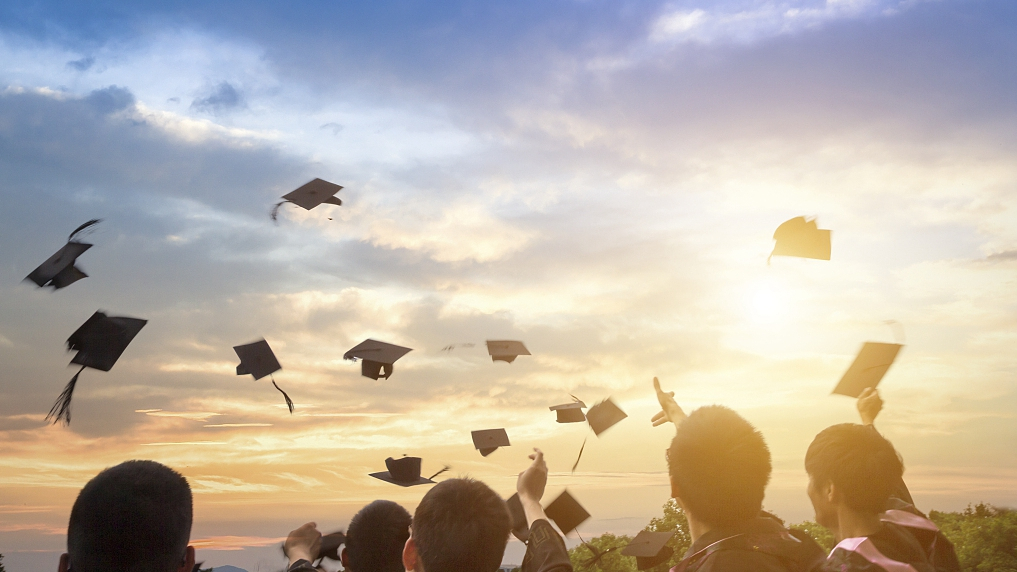 On Thursday's press conference, Weng Tiehui, deputy minister of Education, addressed society's concerns over the influences of the epidemic in the education sector, including graduation, employment, and the college entrance examination that involves more than 10 million high school students and their families.

Due to the COVID-19 outbreak during the 2020 Spring Festival holiday, the beginning of the new term from kindergartens to universities and colleges has been repeatedly postponed. Many Chinese students have been studying through online classes after the holiday.

However, with the students kept away from schools, concerns rise over high school graduates, who will have to take part in the college entrance examination Gaokao, and college graduates, who are faced with the pressure of finding a job.

Employment for graduates is a guarantee

Weng Tiehui, the deputy minister said the Ministry of Education has been working on plans to help graduates find jobs.

"There will be 8.74 million college and university graduates this year, and they were already stressed. The epidemic has worsened the situation," said Weng.

Weng introduced the ministry's plans, saying recruitment fairs have been moved to the internet amid the epidemic. The Ministry has already held 12 online fairs and there are 18 more to come.

She said that more opportunities would be created this year for the graduates, especially in sectors in which talents are most wanted, for instance, the education sector, where a large number of teachers are needed in primary, middle, and high schools.

The country will implement policies to encourage the recruitment of college graduates by micro, small and medium-sized companies, Weng said. Those companies have taken in about 60 percent of the graduates in the past three years, she added.

Weng said the Ministry has also been working on plans to provide special services for graduates from Hubei Province. Their graduation might be affected for an even longer time. The universities and colleges were asked to come up with special measures, helping them in graduation and job hunting.

Will the Gaokao, the most important exam for Chinese students, be postponed?

"We have been keeping a close eye on the situation of the epidemic, and we have also been studying how it will affect issues such as the organization of the exams, the prevention measures of the examination venues, transportation and test papers," Weng said. "Whatever measures, our prominent goal is to ensure the health and security of the students and the staff working for the exam."

She said Gaokao arrangements will be made taking into account the situation of the epidemic control, as well as the students and their parents' opinions.

The Ministry has also been considering further studies for the college graduates. The scale of postgraduate enrollment will be expanded this year, said Weng. An estimated 189,000 places will be added compared to last year, and about 323,000 junior college students could expect to take further studies in college and universities for bachelor's degree.

The decision was made combining the capacity of China's higher education resources, and the expansion will be in favor of colleges and universities in the middle, western, and northeastern parts of China.

Meanwhile, in terms of majors, the areas lacking talents will be given priority, such as clinical medicine, public health, and industries involving integrated circuits and artificial intelligence.

During the press conference, Weng also introduced an online service (www.ncss.cn) promoted by the Ministry of Education to help graduates with employment issues. So far, a total of five online recruitment websites have participated. The platform provides non-stop services to help students find jobs and sign contracts online, according to the deputy minister.