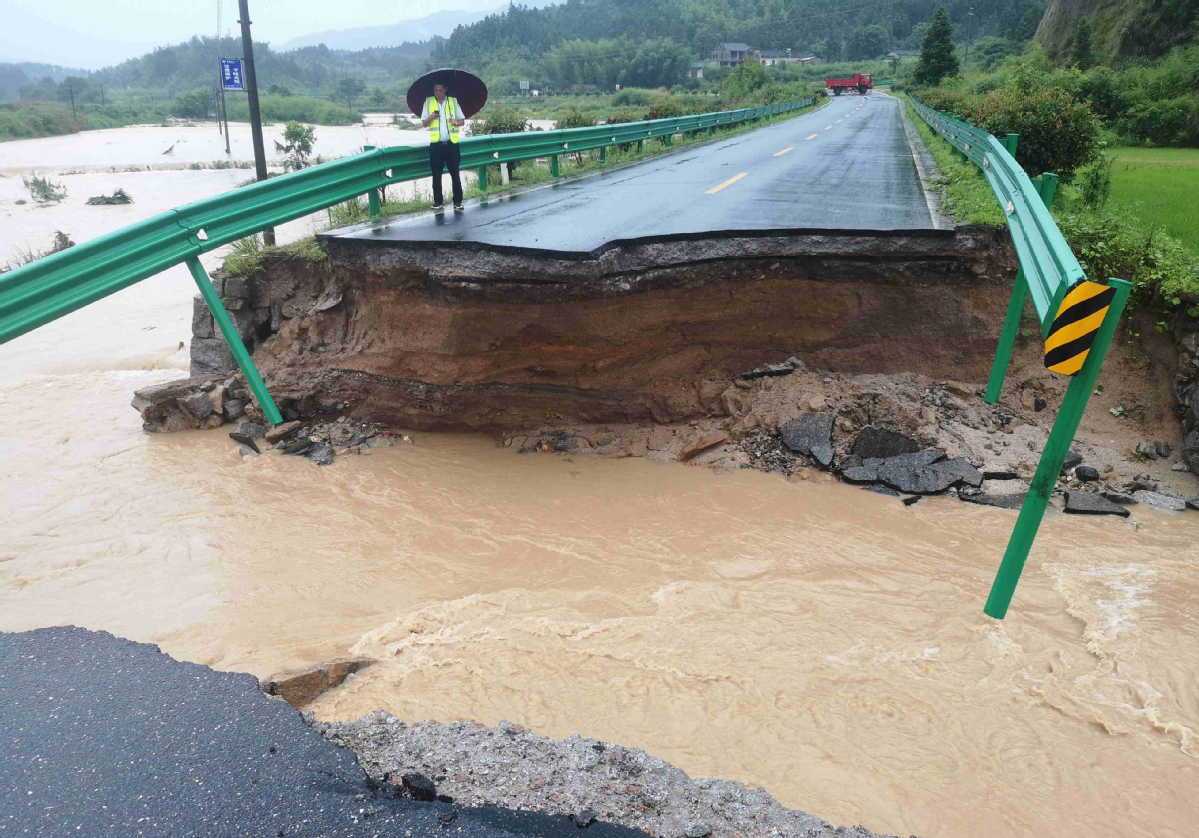 A road leading to the scenic area of Huangshan Mountain, Anhui province, is severed by floodwaters on Monday, after days of torrential rain. (Photo: China Daily)

Natural disasters across the country left 271 people dead or missing in the first half of this year, most due to floods, and total direct economic losses from these disasters reached 81.2 billion yuan ($11.5 billion), according to the Ministry of Emergency Management.

While the number of dead and missing fell by 26.2 percent year-on-year, direct economic losses climbed by 15.3 percent, the ministry said in a media release on Monday.

Compared with the average of the same period over the past five years, however, the two numbers declined by 32.4 percent and 16.9 percent, respectively, it added.

The release also said the number of people who suffered natural disasters in the first six months this year stands at about 49.6 million, and over 913,000 had to be evacuated.

The country has seen more precipitation and severe convective weather-which is characterized by strong winds, hail, thunderstorms and brief but heavy rainfall-so far this year. Such conditions are to blame for most of the casualties and direct economic losses in natural disasters, according to the ministry.

The average precipitation across the country in the first half of the year was about 27.6 centimeters, 7 percent more than in normal years. Following 14 torrential rains, 309 rivers in 19 provincial regions saw waters rise above their warning levels, and 12 of those rivers experienced unprecedented floods, it said.

According to the ministry, floods caused by the downpours left 119 people in 26 provincial regions dead or missing and forced 848,000 people to be evacuated, while another 30 people were killed by lightning. 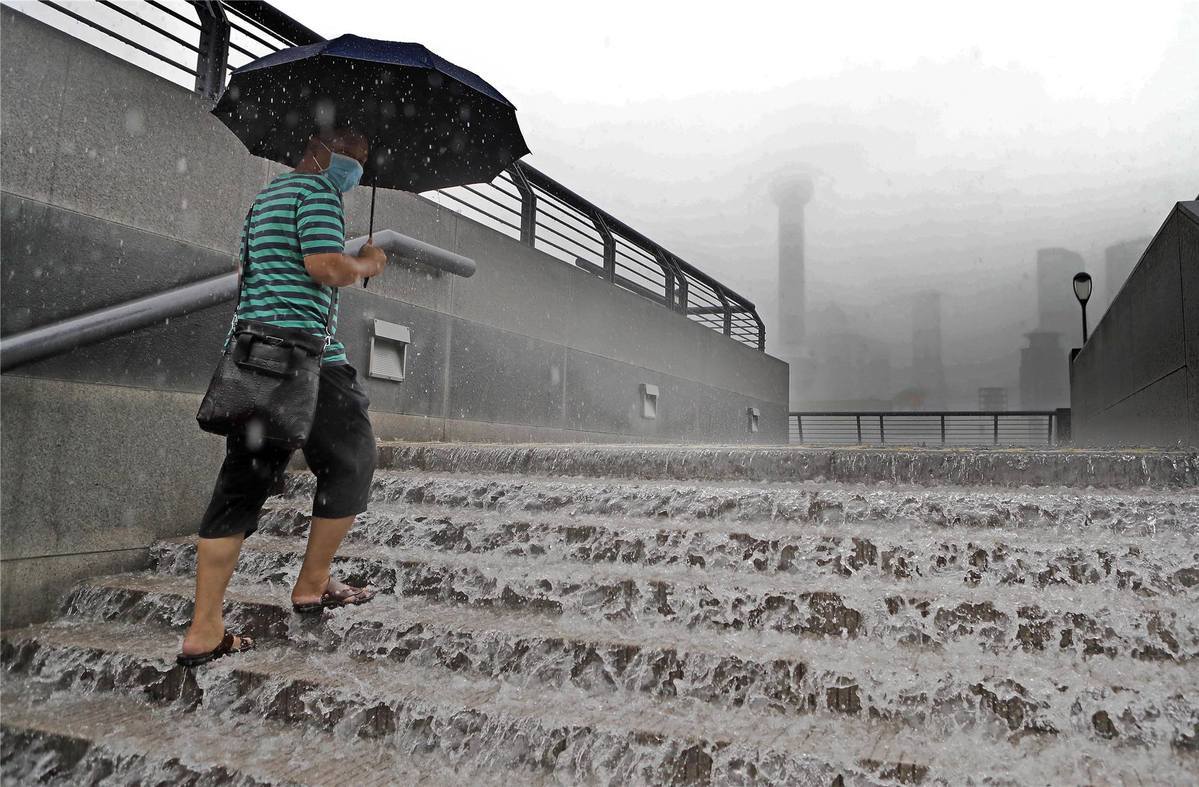 A man walks up flooded stairs at the Bund in Shanghai on Monday. The city issued a yellow alert for heavy rain－the third highest in a four-tier system－on the day. (Photo: China News Service)

The data was made public as the country is confronted with an increasingly grimmer flood control situation due to sustained downpours across the country, especially in southern China.

China's national observatory on Monday renewed its yellow alert for rainstorms, the second lowest in a four-tier color-coded weather warning system, saying that heavy rain and rainstorms are expected in Shanghai and Chongqing municipalities and the provinces of Jiangsu, Zhejiang, Anhui, Jiangxi, Hubei, Hunan, Guizhou, Yunnan and Heilongjiang from Monday morning to Tuesday morning.

Some of these regions will see more than 8 centimeters of hourly precipitation accompanied by thunderstorms and strong winds, the National Meteorological Center said.

The center has issued an alert for heavy rains every day since June 2.Though it canceled a blue alert early on Friday, it issued a new one only 12 hours later.

Due to downpours from Sunday to Wednesday in many areas around the Yangtze River Basin, floods may raise water in the Yangtze's middle and lower reaches above the danger mark. The risk of mountain torrents and floods in medium and small rivers in the affected areas will be high, the ministry said in another release.

It said it has dispatched 13,177 rescuers from national fire rescue teams to be stationed in high-risk areas so that they could respond quicker in their flood control and rescue efforts.

The ministry also said over 11.64 million people in 14 provincial regions suffered drought during the first six months this year, which resulted in direct economic losses of almost 6.6 billion yuan.

"In the first half of the year, the campaign on outdoor ignition sources control saw marked and significant results. The number of forest and prairie fires decreased sharply and reached a 10-year low," the ministry said.