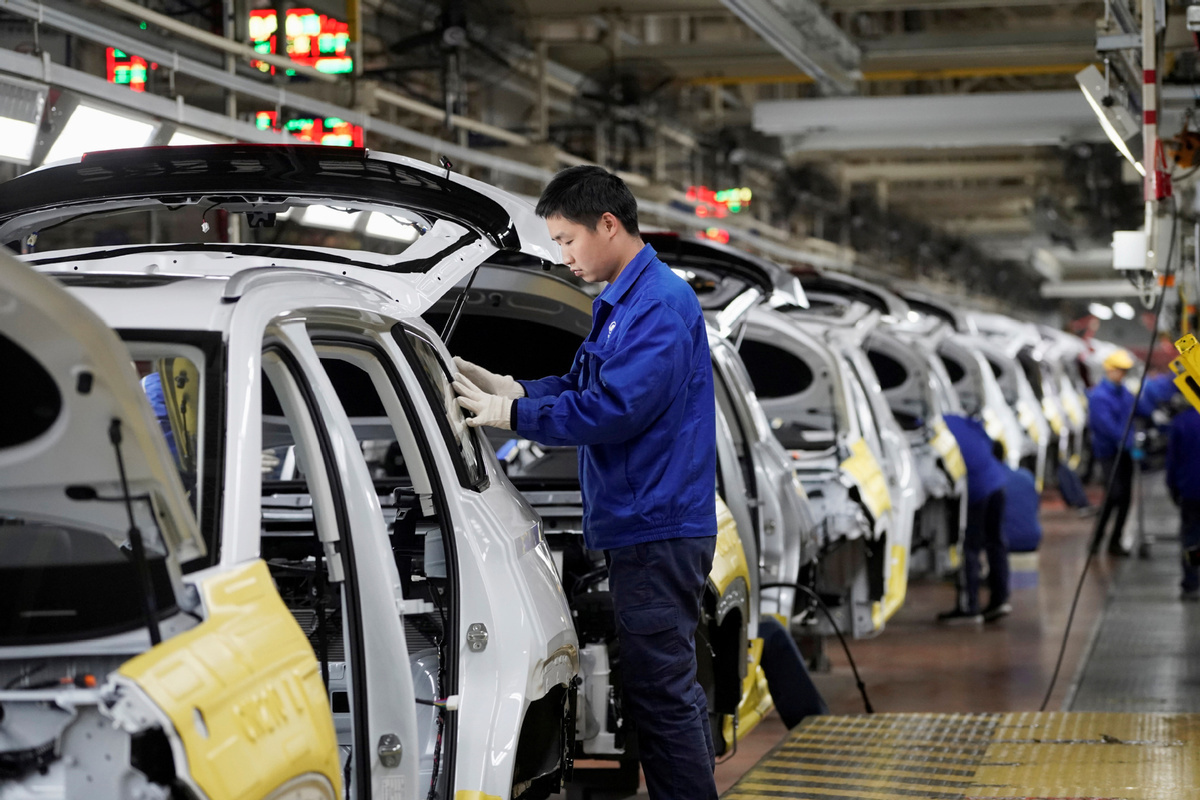 The government will pursue supply-side structural reform as the main task while emphasizing demand-side management next year, creating a dynamic balance between supply and demand based on higher standards, said Wang Wentao, the nation's newly appointed commerce minister.

In addition to building a modern commercial circulation system and developing a strong domestic market, he said the government will implement a broader and deeper opening-up to the global market and allow domestic and overseas markets to better reinforce each other to facilitate "dual circulation"－the nation's new growth paradigm.

Wang said China will make full use of both domestic and international market resources to advance the coordinated development of domestic and external demand, imports and exports, foreign direct investment and outbound direct investment. He made the remarks during the ministry's annual work meeting via video link held in Beijing on Saturday.

Under its plan, the Ministry of Commerce will work harder next year to stabilize foreign trade and investment, enrich economic and trade cooperation with partners related to the Belt and Road Initiative and boost the integration of domestic and foreign trade.

Wang said China's economic growth has reached a number of historic achievements during its 13th Five-Year Plan period (2016-20), such as becoming a giant consumer market in its own right, a key trading power, an attractive destination for global capital and an active cross-border investor these past five years.

Apart from mitigating the impact caused by the COVID-19 pandemic this year, Wang said China has firmly supported multilateralism, actively participated in global economic governance, effectively responded to economic and trade frictions with the United States and heightened business ties with many countries and regions in 2020.

Wang, 56, is from Nantong, Jiangsu province. He began his career in 1985 and joined the Party in 1994.He served in many posts in Shanghai as well as in the provinces of Yunnan, Jiangxi and Shandong, before becoming governor of Heilongjiang province in May 2018.

Ma Yu, a researcher at the Beijing-based Chinese Academy of International Trade and Economic Cooperation, said the ministry's meeting put forward policies of stimulating domestic demand and targeting demand-side growth. These moves are vital for the country to form a strong domestic market and boost foreign trade.

The dual-circulation development paradigm will also enable China to fully unleash its market potential, providing more business opportunities across the globe, said Zhang Shenfeng, vice-chairman of the China Council for the Promotion of International Trade.

Despite the disruption caused by the pandemic, China's January-November foreign trade amounted to 29.04 trillion yuan ($4.44 trillion), up 1.8 percent on a yearly basis, while FDI in China grew 6.3 percent year-on-year to 899.38 billion yuan during the same period, according to the latest data released by the General Administration of Customs and the Ministry of Commerce.

In one of the latest efforts to open its market and boost trade, China signed the Regional Comprehensive Economic Partnership agreement, the world's largest free trade deal, with the 10 member economies of the Association of Southeast Asian Nations, as well as Japan, South Korea, Australia and New Zealand in mid-November.

The country will also advance talks on the Comprehensive Agreement on Investment, or CAI, with the European Union at its own pace with a view to reaching a comprehensive, balanced and high-level pact, the Ministry of Commerce said in a statement last week.

The CAI aims to provide more opportunities and advanced institutional guarantees for bilateral investment. The conclusion of the agreement requires both parties to work together and meet each other halfway, said the ministry.