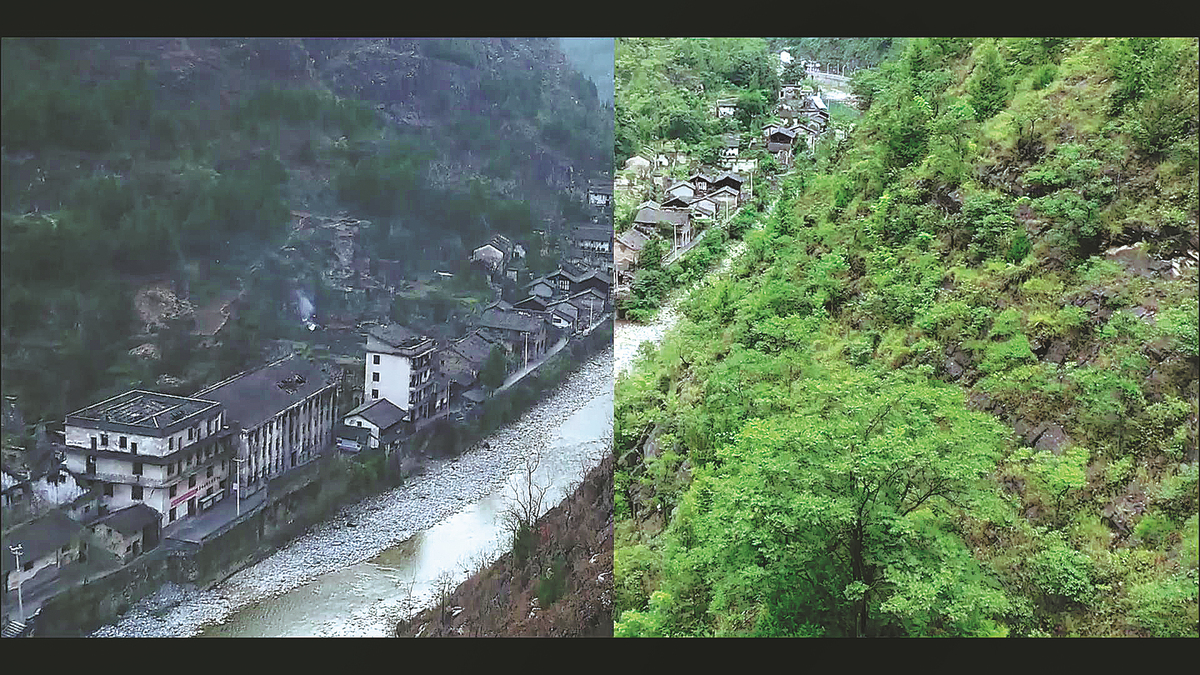 A combo photo displays the changes to the slopes around Ningchang ancient town in Chongqing's Wuxi county since 2017 before and after the national afforestation campaign. （Photo：CHINA DAILY）

About 2.67 million square kilometers of land experienced soil erosion in China last year, a decrease of 0.69 percent on 2020, according to the latest data released by the Ministry of Water Resources on Monday.

With nearly 28 percent of the mainland currently affected by soil erosion, the ministry said it will focus on reducing the impact of human activity on soil and will also prioritize the management of the Yellow River's coarse sand areas and enhance treatment of erosion in black soil areas in northeastern China.

The main causes of erosion are water and wind, the ministry said.

It added that 80 percent of water erosion takes place in river basins, most of which occurs in the upper and middle reaches of rivers, especially along the Yangtze and Yellow rivers.

About 80 percent of wind erosion mainly occurs in sandy areas including the Qinghai-Tibet Plateau and the black soil areas of the northeastern China, it said.