Mobike, one of China's bike-sharing giants, has filed an 8 million yuan claim for compensation against ride-hailing giant Didi Chuxing over alleged patent infringements, according to Chinanews.com. 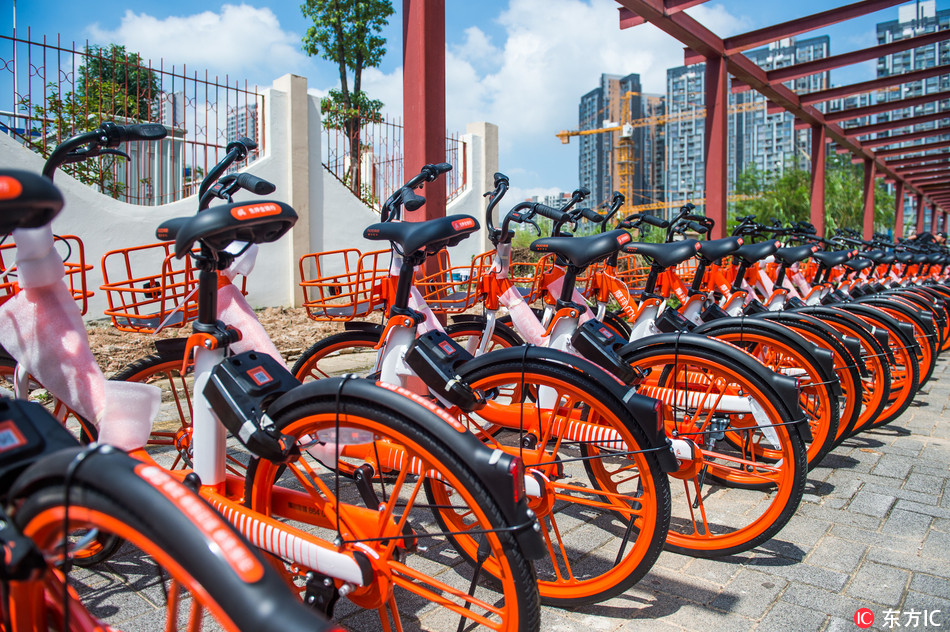 Mobikes parked at the side of a road. (Photo:IC)

The lawsuit was filed on Tuesday at the Suzhou Municipal Intermediate People's Court in Jiangsu Province. Mobike claimed that two of Didi Chuxing's subsidiary companies, Beijing Small Orange Technology Company and Hangzhou Qingke Technology Company, have infringed on four of its patents relating to share bikes, including its seat adjustment and smart lock designs.