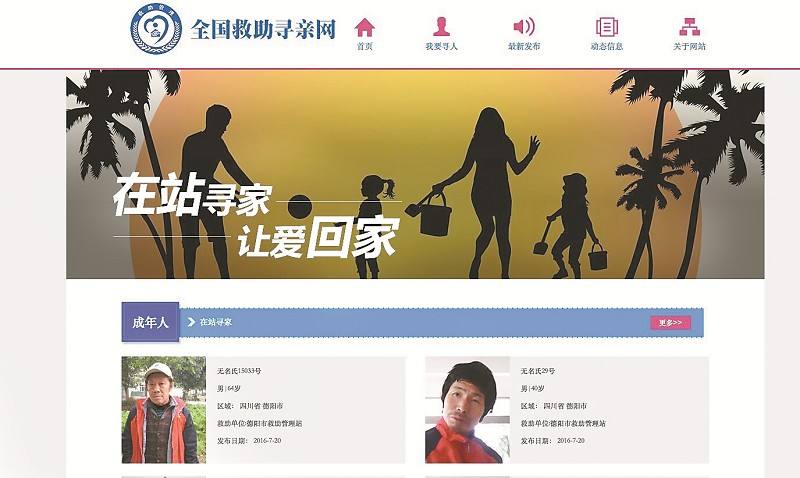 China's Ministry of Civil Affairs helped 3,000 lost people return to their families in the past 16 months, using the news provider toutiao.com mobile app.
Almost 2,000 agencies have posted information on the app since July 2016, Liu Tao, deputy director of the ministry department of social affairs, told a regular press conference last week.
Altogether 14,820 pieces of information were posted, with a success rate close to 20 percent, Liu said.
Among those reunited with their families, almost half suffer from mental disorders, according to Liu.
The elderly accounted for one third and minors 7.1 percent, Liu said.
They mostly lost contact with their families after wandering away, being abducted or being as a result of some criminal action.
Liu said the ministry will explore the use of facial recognition technology to assist the work.