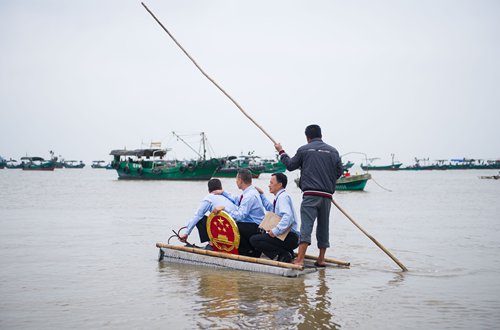 The three members of the Naozhou Court travel by boat to open a court session.Photo: VCG

In a remote island in Zhanjiang, Guangdong Province, a traveling circuit court consisting of only three members is in charge of mediating all kinds of disputes among the roughly 60,000 residents that live in the island's 46 villages. Carrying the country's national emblem wherever they go, the court has been bringing justice to every corner of the island for the past eight years.While a trip around the outer edges of the island would only cover around 36 kilometers, over the past eight years, the mobile court has traveled some 330,000 kilometers to deal with disputes and deliver written judgments. Sometimes the members of the court have had to wade through knee-deep water to reach villagers in need. Anywhere the national emblem can be erected can act as a temporary courthouse. Many times, the members of the court have had to fight to stand on swaying fishing boats as they solve disputes among villagers, be they quarrels over land use or loans. The locals have nicknamed them the "big judges on a small island."In recent years, the Naozhou Court has handled about 250 cases annually with a settlement rate approaching 100 percent and the rate of appeal as low as 0.5 percent. Considering this success, it has become commonplace for locals to seek out the judges whenever they find themselves in dispute. Global Times 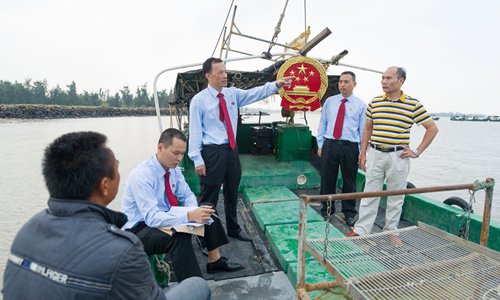 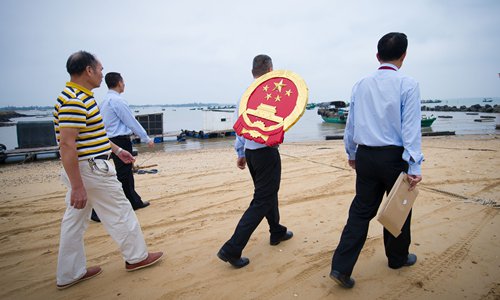 The court rushes to a case carrying the national emblem. Photo: VCG 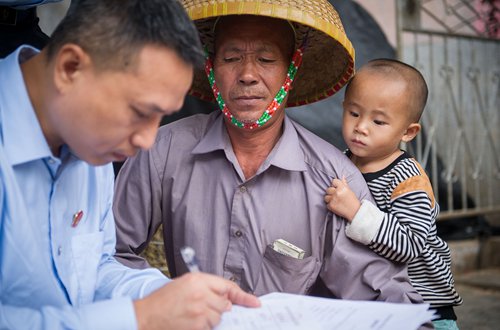 A court member delivers a written judgement to a local villager.Photo: VCG 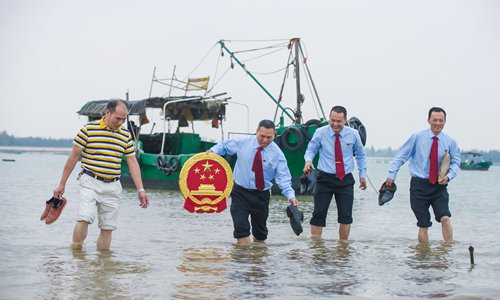 The court members wade through water to reach villagers.Photo: VCG