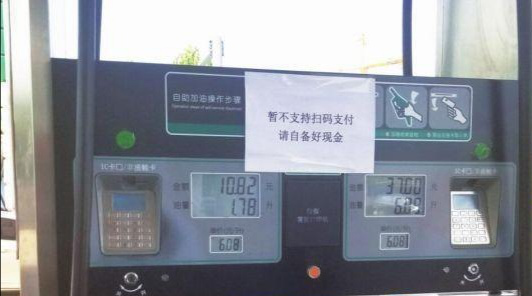 Scan-To-Pay is banned in the work zone of gas stations in Beijing, said a newly-issued notice by the Beijing municipal government released on Monday.

Five departments including the Beijing Emergency Management Bureau have jointly issued the notice, which bans people from scanning QR codes for payment in the work zone of gas stations.

The popularity of smart phones has, in recent years, generated a great number of Scan-To-Pay users in gas stations, posing security risks, an official said. The new rule aims to prevent accidents, and customers can no longer use their mobile phones in the pumping area of gas stations.