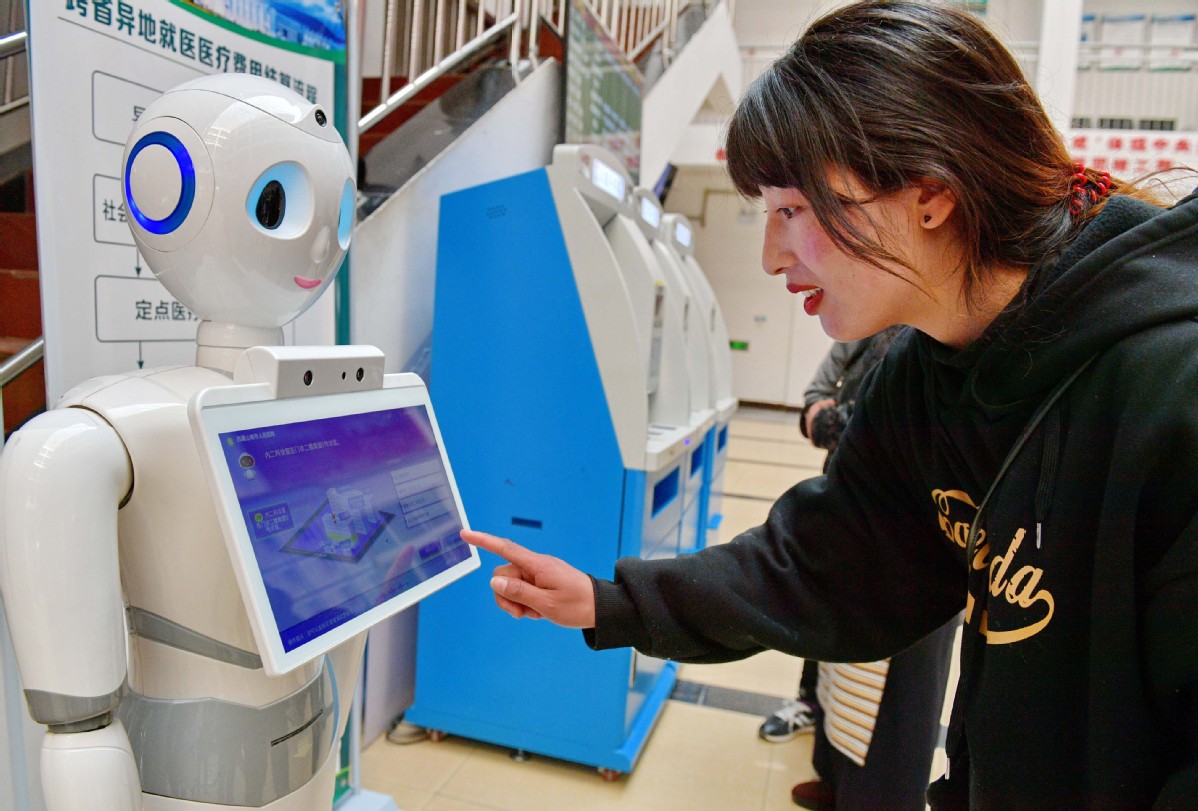 A patient checks the location of a diagnosis room on a smart robot in Lhokha People's Hospital in Lhokha, Tibet autonomous region, last month. The device was donated by Anhui province. (Photo: Xinhua)

From next month, teams of medical professionals will be sent to areas in need of upgrades in medical systems to deliver a wide range of services to each household, said Wang Yunting, deputy director of the regional health commission. The services include diagnosis and treatment, education on general health and wellness, and physical examinations.

"Next year, we plan to achieve full coverage of such medical services across Tibet," Wang said.

"The program will also provide insights into how to establish a sustainable healthcare system in impoverished and remote regions, which I believe will be valuable for the rest of the country," he said.

Thanks to efforts made over the past six decades, the autonomous region has made headway in its health and medical sector.

But a dearth of qualified grassroots medical professionals has still been an issue in Tibet's healthcare development, he said.

"On average, each village-level medical institution in Tibet only employs five workers even though they are supposed to hire 10 doctors and nurses to stay operational," he said.

Under the new program, each medical team－comprised of at least six healthcare professionals from county-level hospitals or clinics－will travel in vehicles fitted with basic medical equipment and supplies.

Small and faraway towns, situated at high altitudes, including those in Shigatse city, Ngari prefecture and Chamdo city, will be included in the program.

Over the past five years, nearly 660 medical professionals from seven provincial-level regions have delivered assistance to eight major hospitals in Tibet, according to the National Health Commission.

Wu Wenming, head of the Tibet Autonomous Region People's Hospital, said collaborations between Tibet and other cities in China in the healthcare sector have shifted from guidance on diagnosis and treatment methods to training local healthcare professionals.

"Recently, the Peking Union Medical College Hospital in Beijing donated 5 million yuan ($725,000) to Tibet to establish a remote medical services center that allows doctors in Tibet to send complex reports to leading experts in Beijing for analysis and diagnosis, greatly cutting down on patients' waiting time," he said.