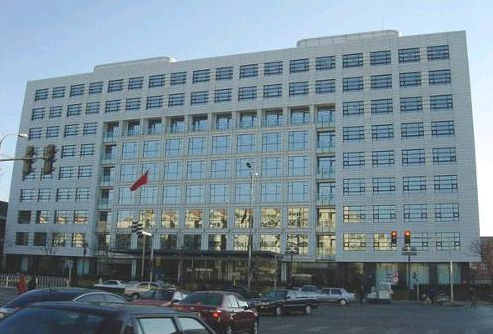 The Ministry of Education (MOE) is considering how to prevent sexual harassment at colleges in a move that was welcomed by an expert and social groups who advocate reform that includes an anonymous complaints mechanism.In response to multiple allegations of sexual misconduct by Beihang University Professor Chen Xiaowu, the ministry stripped him of his Changjiang Scholar honor, the highest academic award issued to an individual in higher education by the ministry, news site thepaper.cn reported on Sunday.The ministry said that it had no tolerance for those who violate teacher ethics and hurt students and that it was considering setting up a mechanism to prevent sexual harassment at colleges.  In early January, Luo Qianqian, a former student of Chen, posted a microblog article accusing him of sexually harassing her and other students. The university announced late Thursday that an investigation found Professor Chen Xiaowu "did sexually harass female students" and he would lose his post as vice president of the university's graduate school. His teaching certificate was also canceled.Students from more than 70 colleges called for a harassment mechanism, a student participant told the Global Times on Monday. Some universities had responded by saying they planned to create a department to handle complaints, she said. Students from more than 40 universities including Peking and Tsinghua universities in Beijing, Wuhan University in Central China's Hubei Province and Fudan University in Shanghai have all appealed for such a mechanism, thepaper.cn reported.A mechanism should include lessons on preventing sexual harassment for teaching faculty and students, anonymous student surveys and channels to receive reports of sexual harassment, they urged.A third-party harassment mechanism was desperately needed for colleges, said Chu Zhaohui, a research fellow at the National Institute of Educational Sciences in Beijing. "The Ministry of Education is responding to the appeal from students as reports of sexual harassment appeared in recent years," Xiong Jing, managing director of Beijing-based NGO Media Monitor for Women Network, told the Global Times."Teachers who sexually harass students should not be regarded as individual cases of ethics violations and there should be a prevention mechanism that weighs the teachers' influence over a student's life at college," Xiong said. Nearly 70 percent of 6,592 respondents said they experienced sexual harassment, according to a 2017 survey by a Guangzhou-based gender education center and a Beijing-based law firm."Colleges should launch a mechanism to prevent sexual harassment in accordance with their own situation," said Chu. "And the mechanism needs to have channels for victims to report as well as for those accused to explain themselves."Sexual harassment at colleges shocks and damages a Chinese society that tends to hold higher education to a higher moral standard, Chu said. Setting up a third-party organization, a teacher association for example, would help deal with these reports and their investigative results could be released to the public, said the  student participant.