CHINA MOFA: China will respond if US escalates trade dispute

MOFA: China will respond if US escalates trade dispute 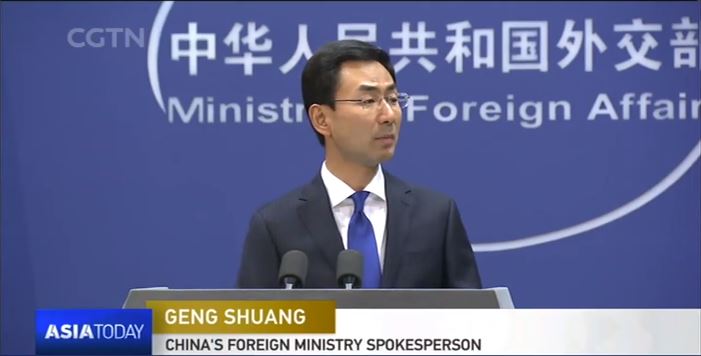 China has reiterated that it is prepared to take countermeasures if the US takes further actions to escalate the trade friction between the two nations.

The position was underscored by Geng Shuang, spokesperson of the Ministry of Foreign Affairs in response to US media reports that the Trump administration is planning to increase pending tariffs on 200 billion US dollars' worth of Chinese goods to 25 percent from 10 percent.

Geng stressed at the ministry's daily news conference that the Chinese government has always insisted on solving trade disputes through dialogue and consultation.

But he added, "China will undoubtedly take countermeasures if the US takes further actions to escalate the situation to safeguard its legitimate rights and interests.

"China always advocates handling Sino-US trade friction through dialogue and consultation, but dialogue should be based on mutual respect and equality, rules and credit."

Geng also warned that "unilateral threats and pressure" will backfire.

He added, "China's stance on trade relations with the US is clear and unchanged; pressure and blackmail from the US will never work."