CHINA Monkeypox will not cause mass infection in China: chief epidemiologist

Monkeypox will not cause mass infection in China: chief epidemiologist 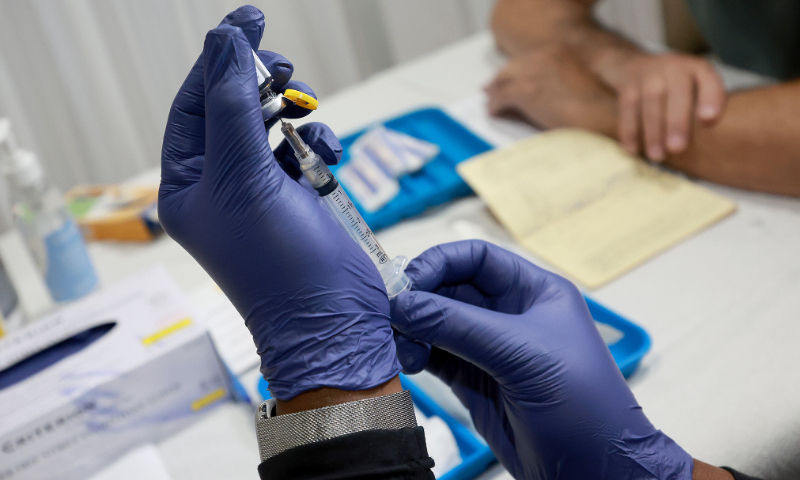 A healthcare worker prepares to administer a vaccine to a person for the prevention of monkeypox on July 12, 2022 in Florida, the US. Photo: VCG

Monkeypox will not cause a mass infection in China, Wu Zunyou, chief epidemiologist of the Chinese Center for Disease Control and Prevention, said on Monday on Chinese Twitter-like social media Sina Weibo.

Wu said that, limited by its transmission mode, monkeypox will not have the large-scale outbreak in the country as COVID-19 did but is very likely to first hit men who have sex with men when it arrives and later spread to other groups.

Monkeypox is not a sexually transmitted disease but 95 percent of the monkeypox cases reported in the US and Europe were transmitted through sexual activity with highest infection risk in men who have sex with men, Wu pointed out.

Since all humans regardless of age or gender might get infected by monkeypox, Wu suggested the public to avoid direct contact with animals or people who were infected with the virus, saying it remains unclear how long the protective immunity produced by a monkeypox infection will last.

The World Health Organization on Saturday declared monkeypox a public health emergency of international concern (PHEIC), the organization's highest level of alert, which will trigger international coordination and collaboration on vaccines and treatment sharing.

As of July 21, there have been more than 16,000 monkeypox cases reported in more than 75 countries and regions with five deaths in Africa.