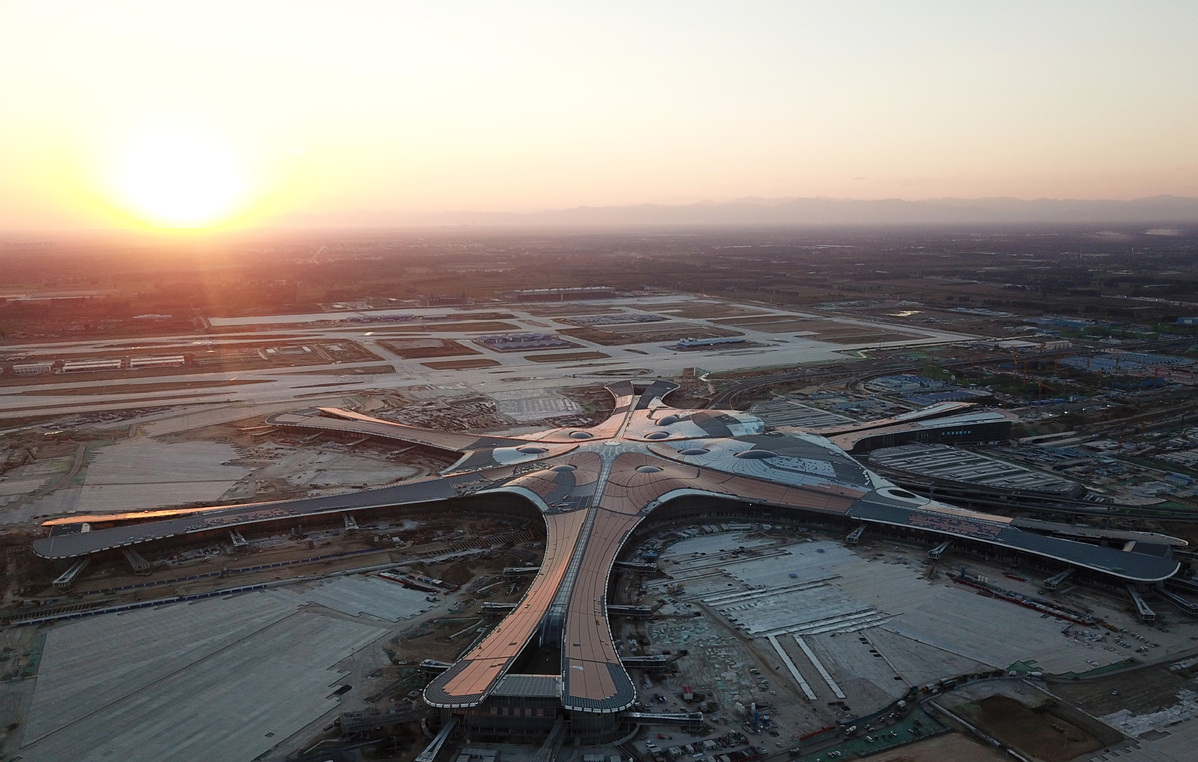 An aerial photo shows the construction site of Beijing's new airport in Daxing district in Beijing, on Oct 2, 2018. [Photo/Xinhua]

As of the end of October, China had 234 civil airports and is expected to have around 450 by 2035, according to a civil aviation development guideline from the Civil Aviation Administration of China.

The demand for passenger transport in China will account for one-fourth of the world's total and exceed that of the United States by 2035, making China the largest air passenger market in the world, the guideline said.

It also said world-class airports will be built in the Yangtze River Delta region, in the Beijing-Tianjin-Hebei region, in the Guangdong-Hong Kong-Macao Greater Bay Area and in the Chongqing and Chengdu city cluster.

"Service has improved substantially, but existing airports are far from adequate and are unevenly distributed throughout the country," said Dong Faxin, director of the administration's development and planning department. Further development is urgent, Dong said.

In 2017, China's airports handled 552 million trips, and the number is expected to increase to 720 million by 2020, the administration said.

Dong said that with the rapidly growing number of passengers, the country's current airports will not be able to meet demand in just a few years, which means the building of more airports needs to be accelerated.

The construction of airports in the west will increase the convenience of local transportation and promote the development of local tourism and the regional economy. It is also of great significance for maintaining the stability of border areas and safeguarding national security, Li said.

The guideline also stressed tighter cooperation with high-speed railways, based on their own pros and cons, to promote an "airplane plus high-speed railway" transportation system that will allow easier and quicker transfers and provide more efficient travel.