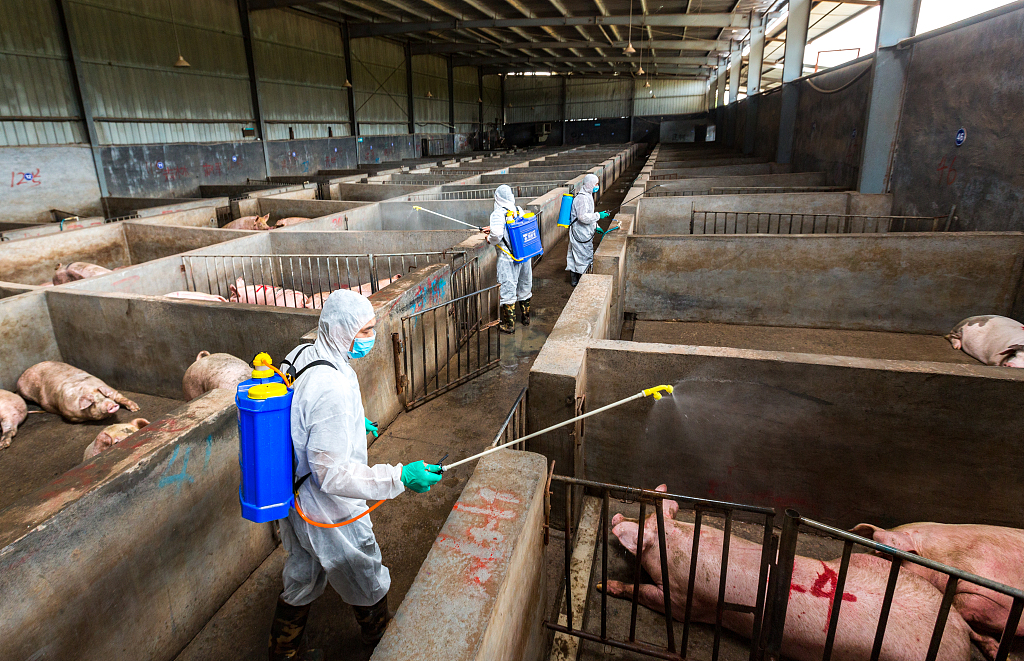 BEIJING, Jan. 11 (Xinhua) -- Restrictions on pigs and pork transported into and out of two Chinese cities have been lifted after local authorities confirmed the end of African swine fever outbreaks, the Ministry of Agriculture and Rural Affairs said Friday.

The city of Huangshi in Hubei Province and the city of Jiujiang in Jiangxi Province had taken effective measures to block, cull and disinfect the affected pigs after confirming the outbreaks, and no new cases of the diseases were found in six straight weeks, the ministry said.

The ministry demanded local governments step up monitoring and take active measures to prevent the recurrence of the disease.

Vice Minister of Agriculture and Rural Affairs Yu Kangzhen said earlier this week that China is seeing a slowing trend in the outbreaks of African swine fever, new outbreaks have become more sporadic and that "the disease is generally under control."

China reported its first case of the disease in August 2018 in the northeastern province of Liaoning. Later outbreaks were reported in many other provincial regions.