XI'AN, May 7 (Xinhua) -- A freight train loaded with 49 cars of fridges, tea and lamps headed for Uzbekistan from Xi'an, northwest China's Shaanxi Province Wednesday, marking the 1,000th cargo train on the China-Europe route that departed from Xi'an this year, according to China Railway Xi'an Group Co., Ltd.

It took only 129 days for Xi'an to run 1,000 China-Europe freight trains this year, 76 days less than last year, and the recent daily traffic has doubled compared with the same period last year.

The novel coronavirus epidemic has affected the operation of many export transportation channels to some extent, while the China-Europe freight train services have provided strong support for enterprises to maintain normal export trade, according to Huang Xin, an official at the train station.

Since 2013, Xi'an has opened 15 international freight train routes to Kazakhstan, Belgium, Germany, Poland and other European and Central Asian countries, which have built a "golden channel" connecting Shaanxi with Eurasia.

To further increase the transportation capacity of China-Europe freight train services, the China Railway Xi'an Group has joined hands with relevant authorities and companies to optimize declaration and approval procedures to lower costs and improve efficiency. 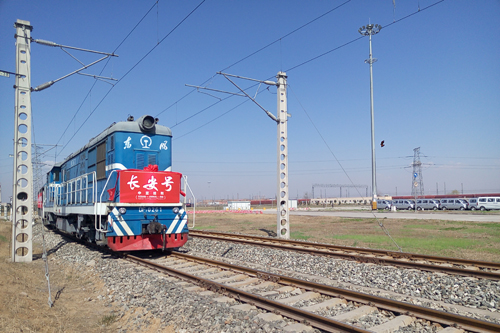