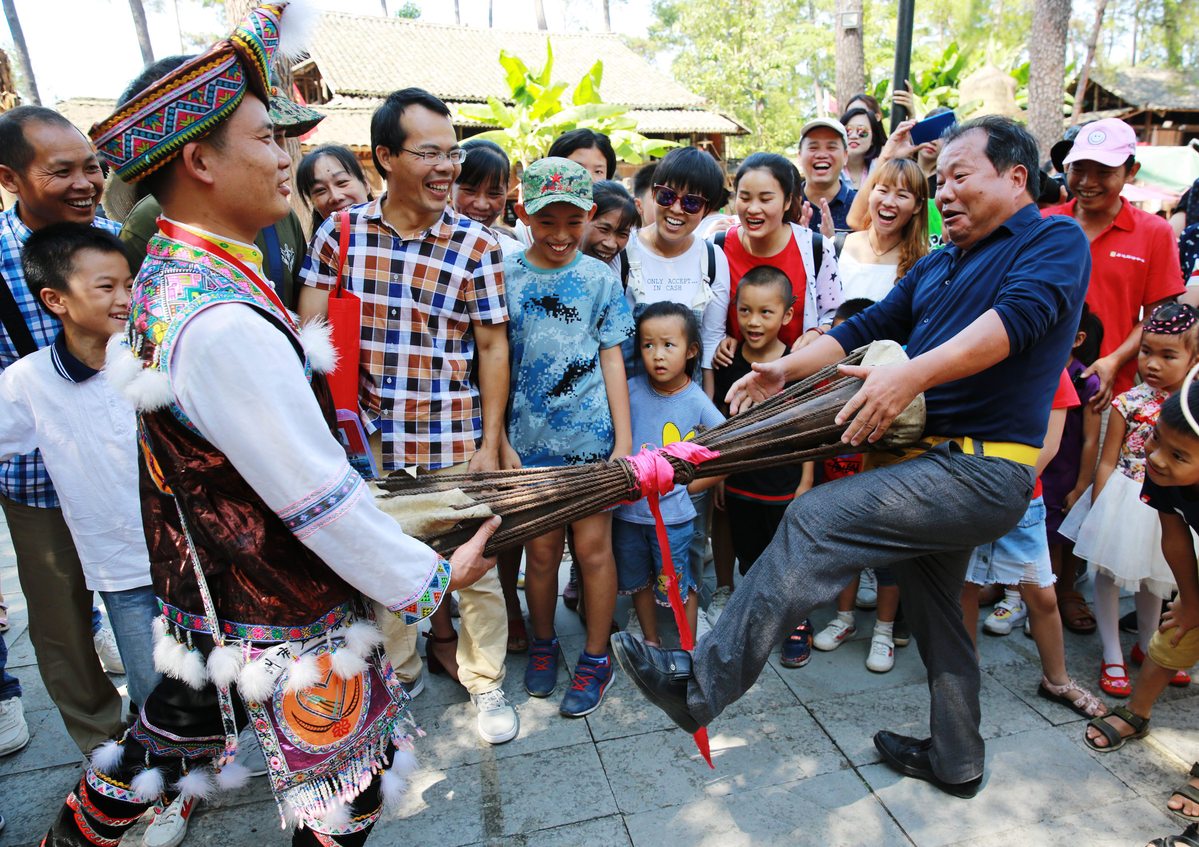 A visitor plays a traditional game with a performer of the Miao ethnic group at a park in Liuzhou, Guangxi Zhuang autonomous region, during the National Day holidays last year. (Photo: China Daily)

BEIJING -- More Chinese people take trips during holidays compared to 10 years ago, according to official statistics and academic reports.

Tourists in China have become more active in spending their public holidays on traveling, according to a report from China Tourism Academy.

Four public holidays in 2018, namely the Spring Festival, Tomb-sweeping Day, May Day and Dragon Boat Festival, all saw a marked increase in the number of domestic tourists.

During the three-day Tomb-sweeping Day holiday that ended on April 7, the number of domestic tourists reached 112 million, a 10.9 increase year-on-year.

Apart from sightseeing, more Chinese tourists now opt to experience the cultural essence of their destinations by visiting local museums.

Over the past three years, visitors to Chinese museums have been growing by about 100 million each year, Liu Yuzhu, head of the National Cultural Heritage Administration, told reporters earlier this year.

During the week-long Spring Festival Holiday in 2019, more than 40 percent of the 415 million domestic tourists visited museums, a report from the China Tourism Academy showed.