BEIJING, July 6 (Xinhua) -- Several provincial-level regions have upgraded their flood response levels, as of Monday, after heavy rains swelled rivers and lakes in many parts of China. 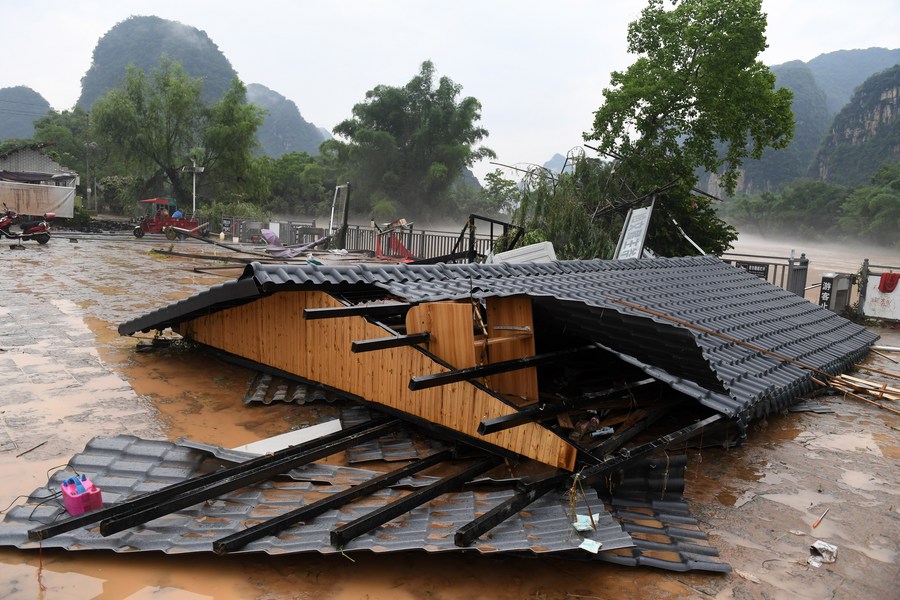 East China's Zhejiang Province on Monday raised its emergency flooding response level from the fourth to the third, as meteorological authorities predicted intense rain in the cities of Hangzhou, Huzhou, and Jiaxing.
Authorities said many rivers in the province's main plain area had seen waters rising above the alert levels, as of Monday afternoon.
Chongqing Municipality in southwest China also announced on Monday that it has initiated a level-three response to flooding after torrential downpours pushed up water levels in local rivers.
The municipality said it had coordinated water storage capacities at hydropower stations along the Wujiang River, a main tributary of the Yangtze River, to cope with the mounting flooding pressure.
On Sunday, provinces of Hubei and Hunan in central China raised their flooding responses to the third level, while Anhui Province in east China raised its rainstorm response to the second level.
China maintains a four-tier emergency response for flood control, with four being the lowest.
China's national observatory on Monday renewed its yellow alert for rainstorms, the second-lowest in the country's four-tier weather warning system, as incessant downpours continue to wreak havoc in many parts of China.
Since June, continuous downpours have lashed large parts of southern China, and the waters of many rivers in the affected regions have exceeded warning levels.