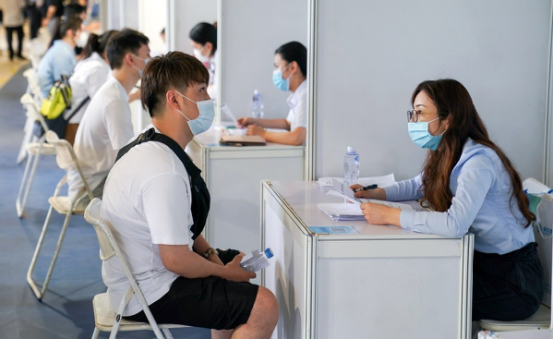 The proportion of Chinese graduates who are choosing domestic employment has been increasing year after year, forming an obvious trend of reverse brain drain. Over 80 percent of graduates chose their first job in China, according to a report released jointly by the Center for China and Globalization (CCG) and LinkedIn.

The report gathered information from ten top universities and saw an increasing percentage of graduates seeking their first-time jobs in China from 2014 to 2018. The year 2018 registered a distinct rise, from 73.5 percent to 83.0 percent.

The economic development of China and foreign countries, and changes of policies on studying abroad, employment, immigration and international relations, have influenced China's international talent flow.

Considering the impact caused by the COVID-19 pandemic, the report suggests that relevant departments should actively explore cooperation mechanisms between domestic and foreign education systems, and expand exchanges and cooperation in international higher education, so as to create a diversity of choices for Chinese graduates who intend to study abroad.