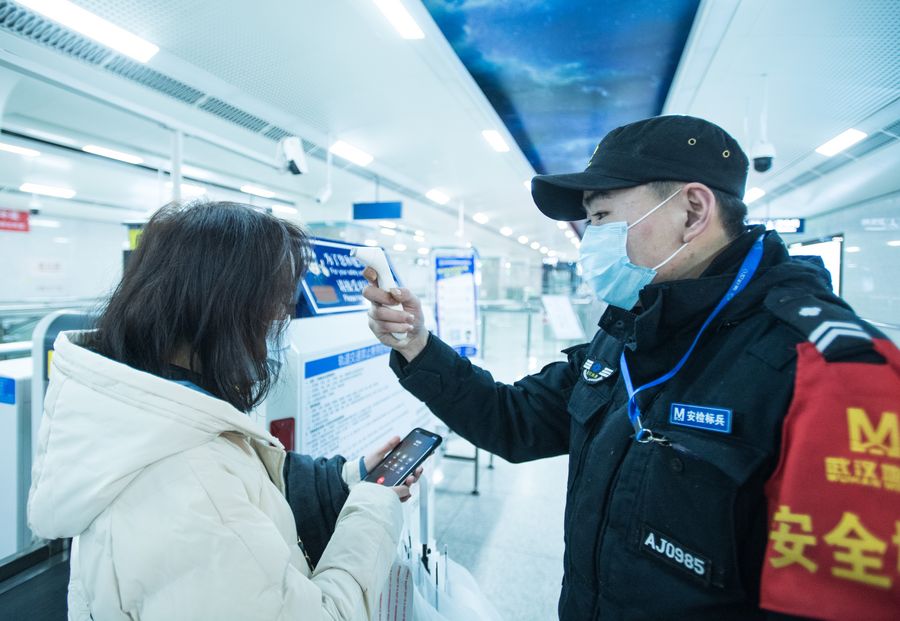 WUHAN, Jan. 23 (Xinhua) -- Two cities sitting to the east of Wuhan, capital of central China's Hubei Province, have announced the suspension of railway and public transport, following an earlier move in the capital, in an effort to curb the spread of a novel coronavirus.

Wuhan's neighboring city of Ezhou announced Thursday the local railway station has been closed since 11:20 a.m. until further notice, and public transportation, including buses, intercity and long-distance coaches as well as ferries, has been suspended since 4:00 p.m.

The other city Huanggang announced Thursday afternoon that it will suspend city buses and long-distance coaches, as well as outbound trains from 12:00 a.m. Friday.

All public transportation and outbound traffic at airports and railway stations in Wuhan, a megacity with a population of over 10 million, was suspended earlier Thursday.