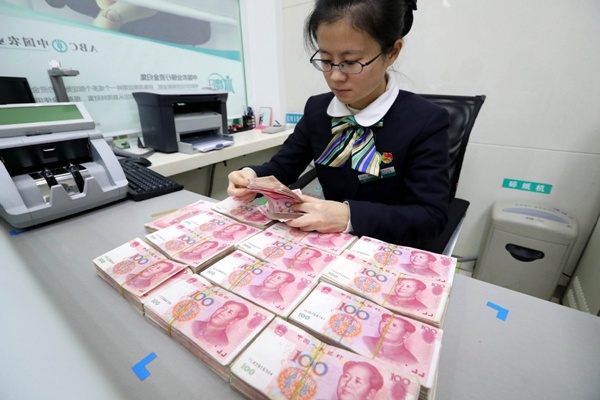 Monetary authorities may come out with more flexible policies and facilitate the risk prevention mechanism during the second half of this year to ease the financial burden of small businesses, experts said on Tuesday.

Buoyed by the sustained economic recovery, the People's Bank of China, the central bank, is likely to stay away from aggressive monetary easing in the third quarter. Instead, it will rely more on policy tools to ensure sufficient liquidity for its fiscal measures, especially for government bond issuance, they said after the midyear meeting of the central bank on Monday.

Monetary policy during the second half of the year would tend to be more flexible and appropriate, relying on targeted measures and existing policy implementation to stabilize enterprises and secure employment, said a statement on the central bank website.

It will also utilize various monetary policy tools to achieve a faster year-on-year growth in broad money supply and aggregate financing. The policies should "grasp the right rhythm" and optimize the structure, to promote "substantial growth" of loans for small and micro firms and the manufacturing industry, it said.

The 1 trillion yuan ($143 billion) quota of relending and refinance facilities, which was introduced by the central bank in the second quarter, should be extended to benefit more small and micro companies affected by the COVID-19 pandemic, said the PBOC statement.

The PBOC may be averse to further monetary policy easing. Instead, it is likely to use the reverse repo mechanism to alleviate liquidity strains arising from local government bond issuances, said Stephen Chiu, an Asia FX and rates strategist with Bloomberg Intelligence.

Since fiscal measures are crucial for economic recovery in the coming months, especially to boost fixed-asset investment, the monetary policy will continue to coordinate with the fiscal measures to maintain a relatively low level of financing costs for government and corporate debt, said the experts.

The PBOC also highlighted the need to control financial risks and said risk prevention mechanisms will be maintained over the longer term after the current three-year battle to contain financial risks ends.

"While policymakers are calling for a faster growth of credit, the real economic activities are still weak. This will lead to a large growth in macro leverage (the debt-to-GDP ratio) because of the mismatch between credit and the real economy. It will also boost financing arbitrage and asset prices," said Zhang Xiaojing, deputy head of the National Institution for Finance and Development, a government think tank.

The NIFD said that by June, China's macro leverage ratio had climbed to 266.4 percent, up from 245.4 percent at the end of 2019, due to the rising debt levels amid an accommodative monetary policy.

Banks need to take measures in advance to control nonperforming loans and use financial subsidies to reduce financial arbitrage and bad assets of small and medium-sized companies, said Zhang.

The central bank has also pledged to push forward the opening-up of the financial sector, "in a sound and orderly manner". It will advance the internationalization of the yuan and capital account convertibility, and unify the foreign exchange management policies applied in the opening-up of China's bond market.

The PBOC may wait for more guidance from an important meeting in October, which could outline suggestions for the 14th Five-Year Plan (2021-25) and the longer-term vision for 2035. That plan may call for further interest rate liberalization and the establishment of a new short-term benchmark rate, said Chiu from Bloomberg Intelligence.