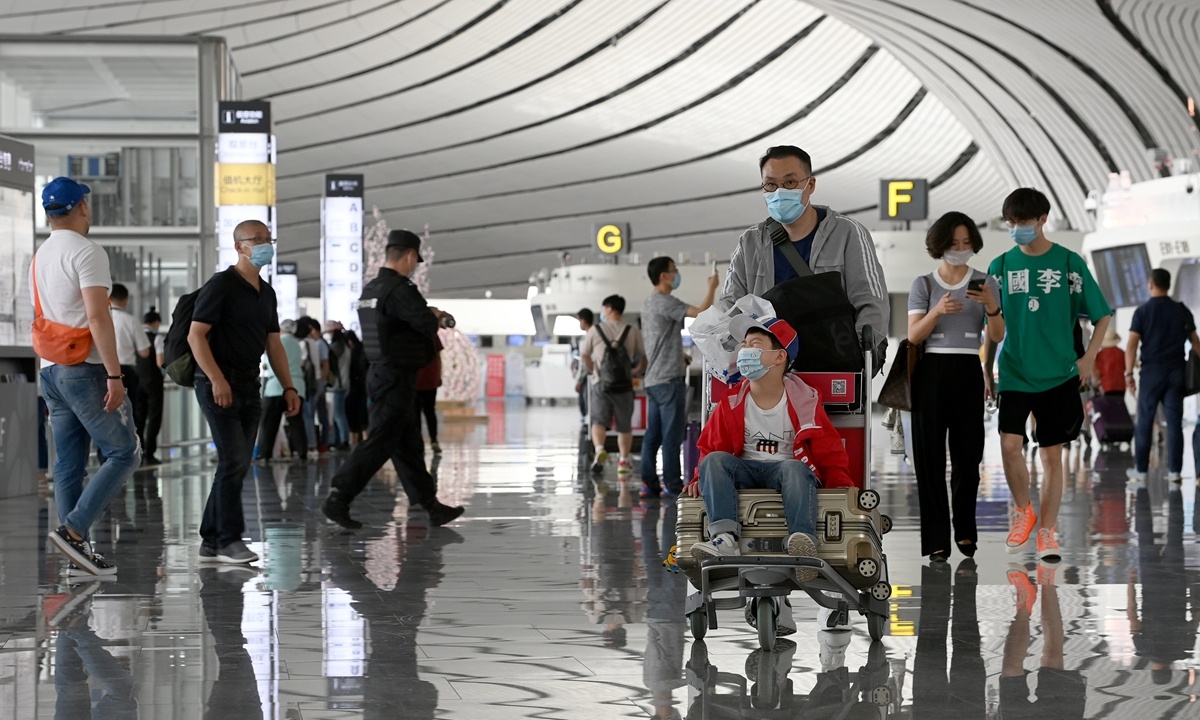 The number of flights entering and leaving Beijing is surging due to a loosening of quarantine policies for travelers, a sign of the gradual recovery of China's transportation and tourism sectors after the pandemic.

From Tuesday, passengers with green health codes arriving from low-risk areas could travel freely across the country by rail, and enter or leave Beijing without negative nucleic acid tests taken within seven days.

According to VariFlight, passenger load factors on Tuesday at the two airports increased to 72 percent, up 28.6 percentage points from a week earlier.

China Railway Beijing Group Co also said the volume of passengers entering Beijing by rail rose significantly on Tuesday to 276,800, which was nearly 100,000 more than on Monday, the Beijing Youth Daily reported on Wednesday.

Zheng Hongfeng, CEO of VariFlight, told the Global Times on Wednesday that he is confident in the recovery of China's virus-hit transportation and tourism sectors, but the recovery will be driven by ordinary citizens and authorities together.

China's civil flight regulator vowed on Monday to bring passenger transport back to around 90 percent of the level before the epidemic, and it will try to reduce losses and increase profits for the airlines.

Analysts said that people's pent-up desire to travel will get a boost from the positive influence of relaxed pandemic policies and fine spring weather. Domestic tourism will likely recover to the same level as in 2019.

Trip.com also estimated that the Qingming Festival will become the first cross-provincial travel peak. For the next holiday (Labor Day), searches for hotels and bookings before March 10 increased by 52 percent and 53 percent year-on-year, respectively.

"The country's tourists are getting ready for the coming holidays, and pent-up demand will be seen in the transportation and tourism sectors, with positive guidance and stimulation by authorities," said Zheng.