More green laws to back compensation

China's top environmental watchdog has pledged to enhance an environmental damage compensation system that has seen almost 1 billion yuan ($145.4 million) claimed since the start of last year by integrating it into more laws, a senior environmental official said. 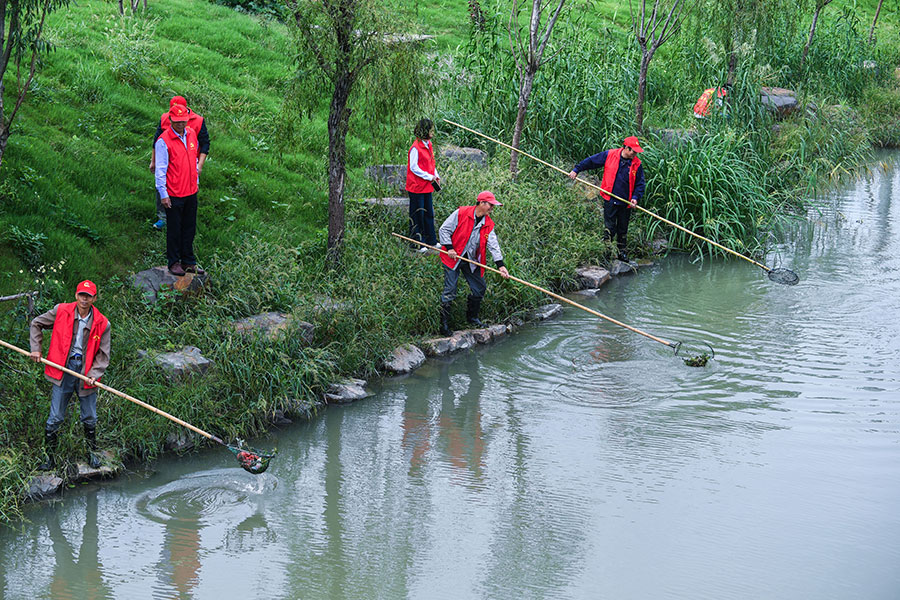 Whether local governments claim compensation, as required, will be included in the range of things checked in the country's ongoing, high-profile central environmental inspection, said Bie Tao, head of law, regulation and standards at the Ministry of Ecology and Environment.

Local governments have claimed compensation in 424 pollution cases so far, 206 of which have been settled.

However, the cases have been unevenly distributed, Bie told a news conference in Beijing on Friday, with 82 percent occurring in only 10 provinces and two provincial-level regions not seeking any compensation at all.

He said "many local governments fail to recognize the importance of the system and have yet to make adequate efforts to promote it," even though most provincial-level regions have established a leading group to advertise the system and have released implementation plans.

The ministry will ramp up its efforts to promote legislation so that the system can get more support from laws.

Environmental damage compensation has been included in the country's law on soil pollution control, and the ministry is promoting its inclusion in the law on solid waste pollution control, the Yangtze River protection law and the torts book of China's Civil Code, Bie said.

The ministry launched a new round of central environmental inspections early this month. Led by ministerial-level officials, they will last four years.

When they find a pollution case that a local government should claim compensation for, the inspectors will hand the details to the provincial-level government, Bie said.

He said the ministry will also accelerate the establishment of a system for environmental damage assessment.

According to the guideline, individuals or companies that cause environmental damage should not only bear administrative or criminal responsibility, but will also be held responsible for repairing the damage they cause and paying compensation.

Governments at the provincial and prefectural levels, or departments and institutions they designate, can file a lawsuit seeking compensation after failing to reach an agreement with polluters through consultation. The compensation will be collected by local governments as a kind of nontax revenue, it said.

The ministry said 186 of the 206 compensation cases concluded so far have been settled through consultation.