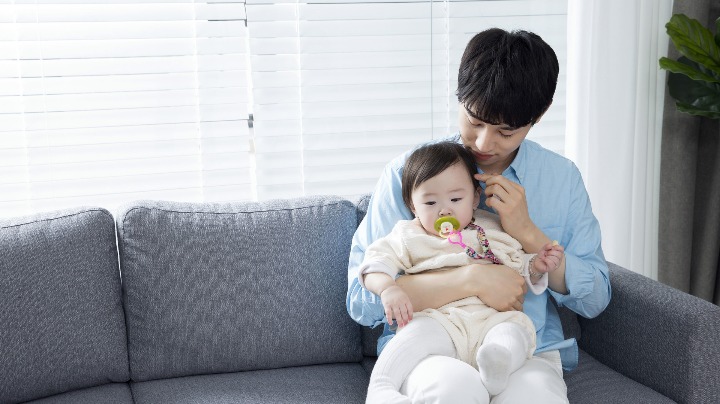 Married men outnumber women when it comes to having a supportive attitude toward stay-at-home fathers, showed a recent survey by the China Youth Daily.

Of the 1,987 married people surveyed, 52.4 percent of male respondents are supportive of men being a full-time caregiver of children, whereas the figure among women was slightly lower, standing at 45.8 percent.

"The fact that dads are willing to be more involved in their children's lives shows that the traditional mentality of 'career husband and domestic wife' is changing," Zhang Baoyi, a professor on sociology at the Tianjin Academy of Social Sciences, told the newspaper, adding that society is accepting diverse values and ways of parenting.

However, more mothers remain the one juggling their children while trying to stick to household duties. Close to 36 percent of respondents said mothers are the primary caregiver, and the proportion of fathers playing the role is only 16.7 percent, according to the poll.

The survey suggested that the stereotyped image of husbands being the breadwinner prevents fathers from doing so as nearly 60 percent expressed such concerns.

"To embrace the practice, we need to recognize the contributions and values of homemakers," said Zhang, believing the stereotype will change as society evolves.

Among the respondents, 45.7 percent were men, and 89.2 percent had children.