CHINA More military facilities should be installed in S.China Sea to counter US provocations: analysts

More military facilities should be installed in S.China Sea to counter US provocations: analysts 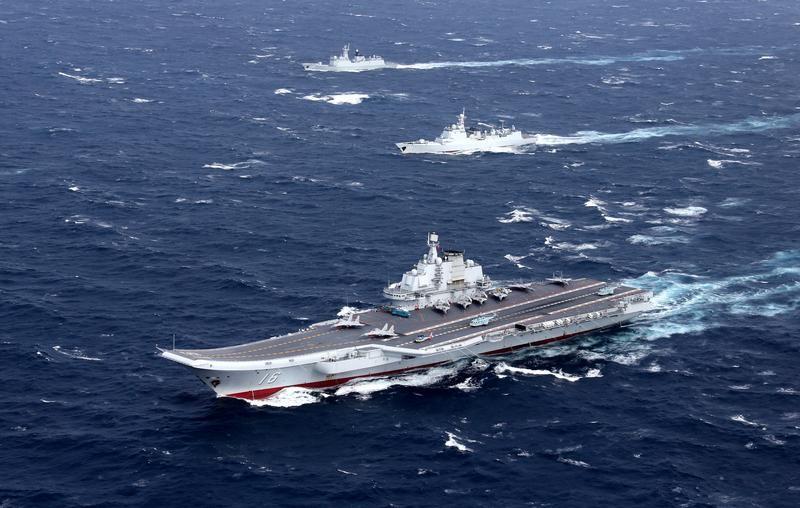 The frequent presence of US aircraft carriers in the South China Sea this year could aggravate regional tensions and lead to turbulent Sino-US ties, Chinese experts said after the Philippine media reported that a US carrier strike group entered seas near the Nansha Islands on Sunday.

The US Carrier Strike Group led by the USS Carl Vinson has been sailing through disputed waters in the South China Sea since Friday and was within water of the Nansha Islands on Sunday, philstar.com reported.

"It is routine operations. The US Navy is a global navy. Our presence matters in order to ensure that oceans remain open," US Navy spokesman Lieutenant Tim Hawkins was quoted by philstar.com as saying. He said 90 percent of world commerce travels in the disputed waters and in order for maritime traffic to remain open, "somebody must be around."

"The US carrier's frequent visit to the disputed waters are in line with Trump's new national security strategy issued in December 2017 which labeled China as a 'rival power,' and this year the South China Sea will witness more provocative actions with visits from US carriers and aircraft," Li Haidong, professor with the Institute of International Relations at China Foreign Affairs University, told the Global Times.

He predicted that the Sino-US relations will see more disputes this year which will not be limited to South China Sea issues, as the US tries to deal with a rising China.

This was the second time the US carrier entered the South China Sea this month. The Carl Vinson has conducted what US officials say was a routine mission through the South China Sea on February 14, which AFP reported was a very direct message to China.

The Carl Vinson is also scheduled to visit Vietnam in March according to the US government, which will mark the largest presence of US forces in Vietnam since the Vietnam War ended in 1975, according to the New York Times.

"The visit to Vietnam shows that the US may turn to Vietnam and step up military cooperation with the country to contain China, now that relations between China and the Philippines have improved," Chen Xiangmiao, a research fellow at the National Institute for the South China Sea, told the Global Times.

Experts warned that the US, with its ultimate goal to maintain its dominance in the Asia-Pacific region, could destroy the region's stability.

"China should install more military facilities, such as radar, aircraft and more coastguard vessels in the South China Sea to cope with provocative moves by the US," Chen said.

The Principal Deputy Assistant Secretary of the US State Department announced on February 5 that US warships would maintain their freedom-of-navigation operations in the South China Sea.

In response, Chinese foreign ministry's spokesperson Geng Shuang said on February 6 "China respects freedom of navigation and overflight in the South China Sea which all countries enjoy under international law, but firmly opposes a country threatening or impairing the sovereignty and security interests of China and other littoral countries in the name of freedom of navigation and overflight," according to the ministry's website.