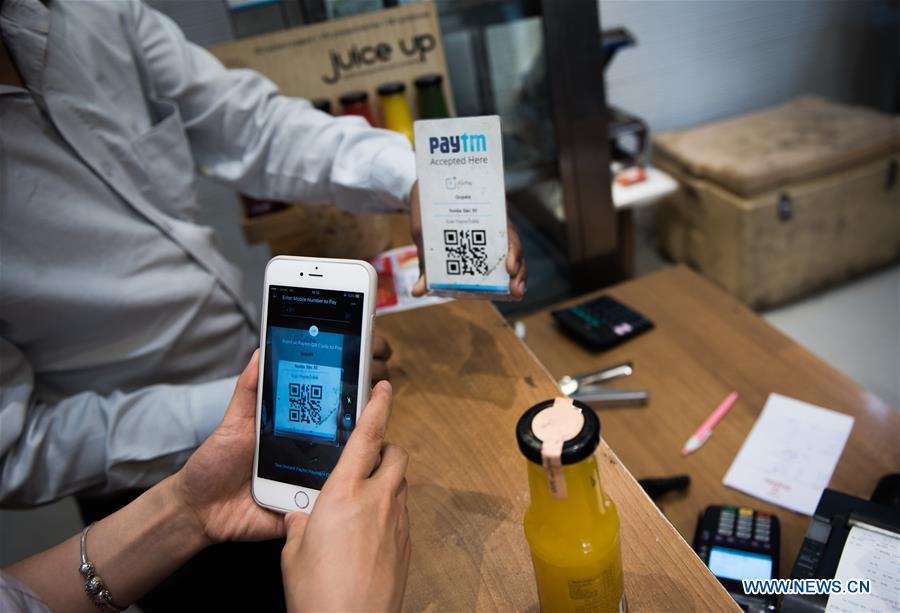 A cashier scans QR code of Alipay to collect payment at a supermarket in Bangkok, Thailand, April 19, 2017. It is a common thing in China to take no cash and pay with a smartphone, which is installed with China's Alipay or Wechat apps. With a smartphone, people can pay almost everything such as shopping, repairing car, paying a taxi and registering a hospital. In many other countries, payment with Alipay and Wechat is becoming a new trend. Alipay's parent company, Ant Financial Services Group or "Ant Financial," has more than 200 million users in 25 countries and regions. Wechat, China's largest social media company, has also grabbed dozens of markets around the world. (Photo: Xinhua)

BEIJING, Jan. 21 (Xinhua) -- Mobile payment has overtaken cash for the first time among Chinese tourists traveling overseas, according to a report by global measurement and data analytics company Nielsen.

Surveying more than 2,800 Chinese travelers and over 1,200 overseas merchants, the report concludes that the average budget for Chinese tourists traveling abroad has increased.

On their most recent overseas trips, Chinese tourists paid for 32 percent of transactions using mobile payment, overtaking cash for the first time, it said.

In addition to serving Chinese tourists, Chinese mobile payment methods also help boost the operations of overseas merchants. Nearly 60 percent of surveyed merchants saw growth in both foot traffic and revenue, according to the report.

The findings provide a new perspective on the dynamics of China's ever-changing consumer market, at a time when Chinese tourists are increasingly traveling the world, and their spending and choices become more influential, it said.