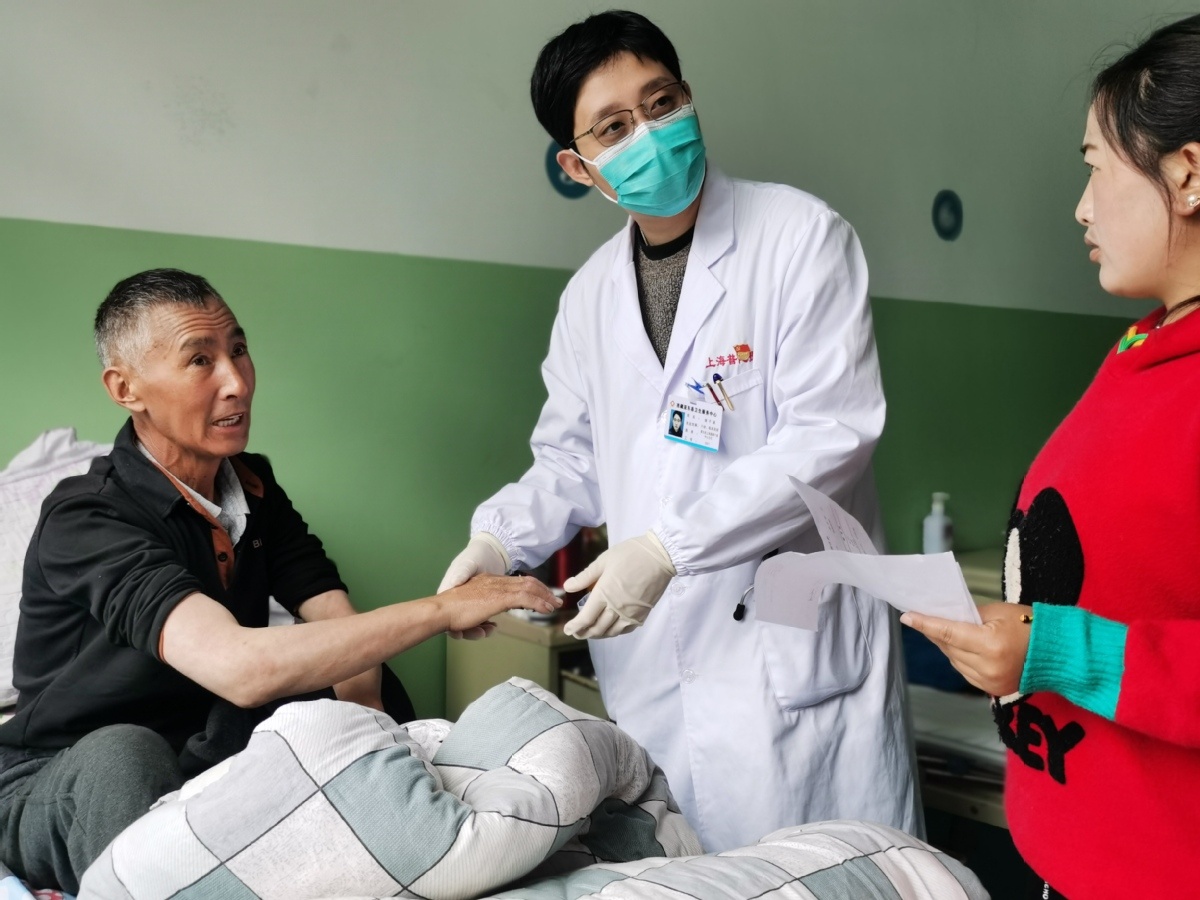 Yao Zihan, a doctor with the Aid-Tibet medical program, treats Kalsang, a Tibetan patient suffered from the inflammatory illness dermatomyositis, in the county people's hospital in Tibet's Dromo county in July 2020. (Photo provided to Chinadaily.com.cn)

The newly-added major diseases include cancers of the bladder, ovary and kidney, and rheumatic heart disease and psychosis.

Thanks to the upgrade of more major diseases ranked under the region's major disease treatment policy, more poverty-stricken rural residents in the region can get additional medical expense reimbursement, apart from the rural basic medical insurance.

Tibet has been one of China's main battlefields against poverty since the central government launched a nationwide effort in 2016 to improve the lives of the poor, and the high cost of treating major diseases is considered a main cause of poverty in the region.

In 2017, cataracts and echinococcosis, a parasitic disease associated with tapeworms, prevalent on the plateau, were included in the region's major diseases' treatment scope.

Thanks to the major disease treatment policy, Butri, a 42-year-old woman from the region's Shigatse city who was once an impoverished resident, received free treatment for echinococcosis.

"It was beyond my expectation that not only the government helped us to get rid of poverty; I was freed from health risks thanks to the free medical treatment provided by the government," Butri was quoted while she was visited by her city's medical service team, according to Xinhua News Agency.

More than 5,000 patients have benefited from the region's policy for major disease treatment to date, and more than 1,800 patients with severe diseases received additional medical reimbursement apart from basic medical insurance.