The numbers of registered marrow donors and marrow donations on the Chinese mainland have been increasing rapidly in recent years, according to the Red Cross Society of China. 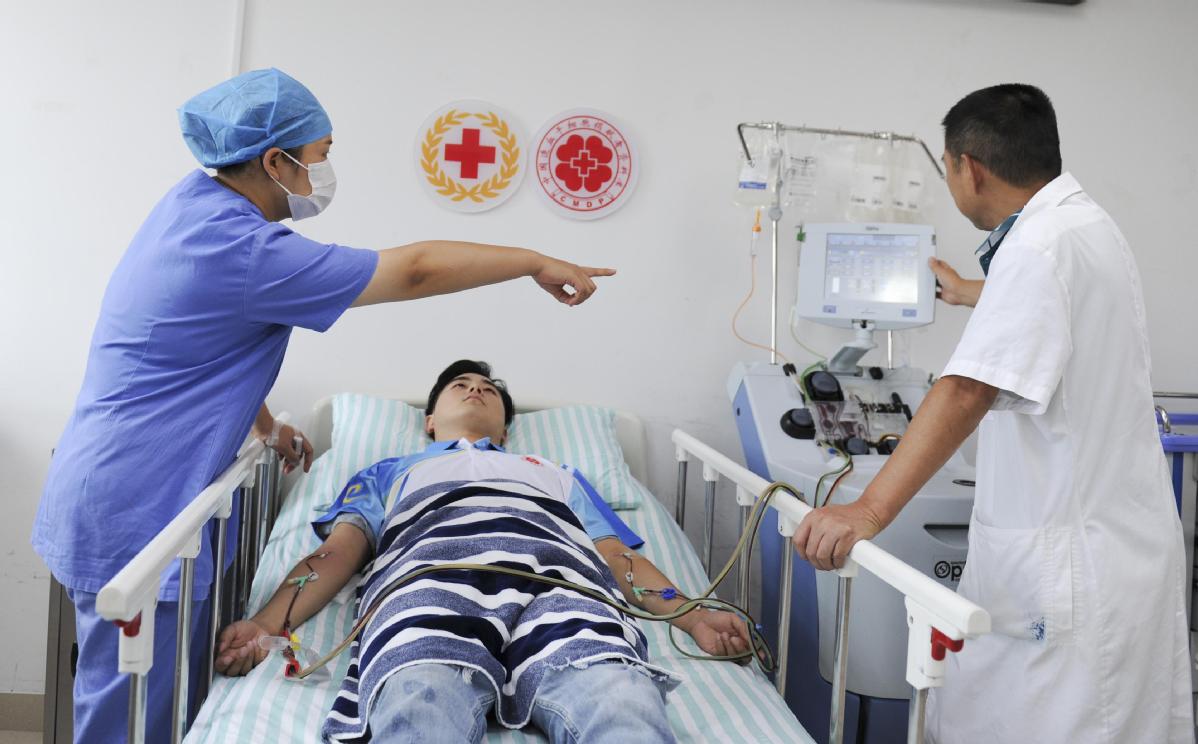 Zhou Peng, from Hefei, Anhui province, donates his hematopoietic stem cells at Anhui Provincial Hospital. The cells were used to save a 5-year-old in Beijing. (Photo: CNS)

The number of registered marrow donors has grown by an average 150,000 annually in the past several years, nearing 2.7 million by the end of July, the Red Cross said.

Between January and July, 766 marrow donations were completed, exceeding the total number for 2014, it said.

Red Cross societies across China have improved public education and services to donors, the organization said.

About 16,000 volunteers work for the databank.

Major difficulties face donations of hematopoietic stem cells, including lack of knowledge among the public, which causes many registered donors to reverse their decisions for fear of health damage, and the loss of contact with registered donors, according to the society.

To improve contact, provincial marrow banks have called on donors who have changed their contact information to get in touch with them again and update their information, the Red Cross said.