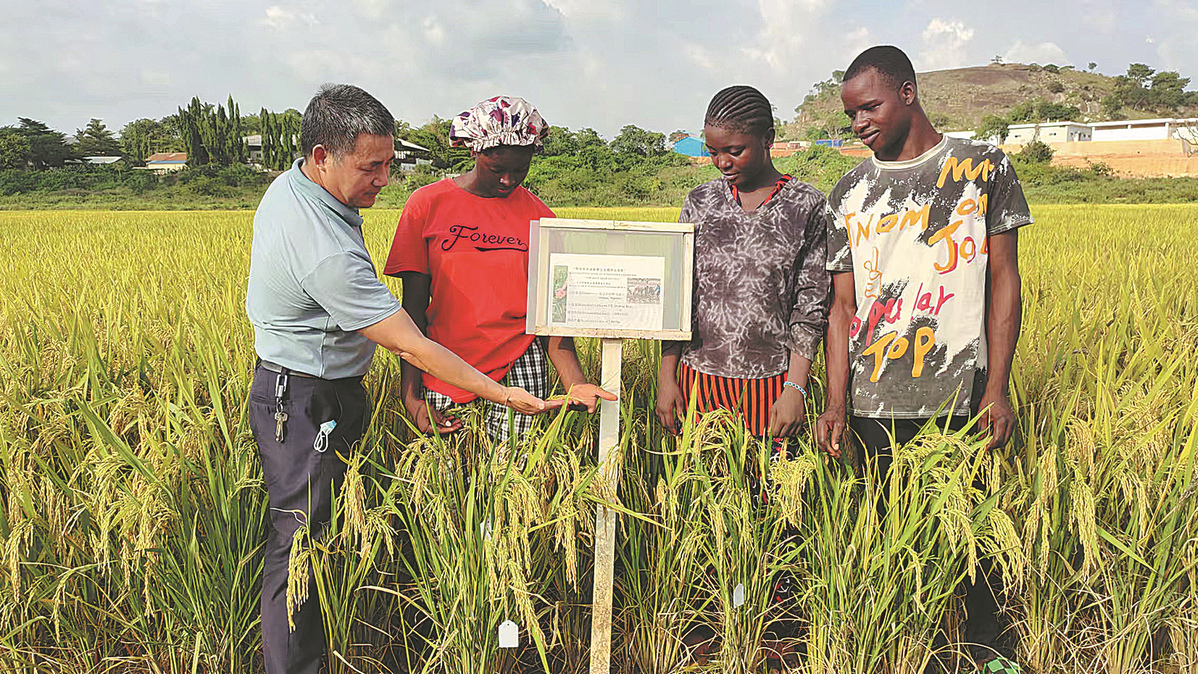 Amid recent shocks to the global supply of grain from Eastern Europe and the ongoing threat of climate change, increased investment in research and development and other proven solutions are being encouraged to boost agricultural productivity, according to the sixth annual Goalkeepers Report released by the Bill& Melinda Gates Foundation.

The report presents bleak projections for future crop yields and agricultural productivity — particularly in Africa, where 14 countries depend on Russia and Ukraine for half their wheat. Severe climate stress is the primary reason 32 million more people in Africa are projected to be hungry in 2030, it said.

Innovative solutions, such as developing new crop seed varieties, are key to increasing productivity despite the changing climate, Gates wrote in his essay, providing examples of planting climate-smart crops and using predictive modeling.

With heat waves in southern China also affecting grain production, including rice and corn, the country is making innovations in its agricultural sector to contribute to global food security.

Enock Chikava, interim director of the Agricultural Development Department at the Gates Foundation, said that China's agricultural transformation is compelling and that Africa can learn from its experience.

Considering three headwinds to progress in agricultural transformation — climate change, regional conflicts and slow economic recovery from the COVID-19 pandemic — Chikava underscored the acceleration of innovation in terms of seed systems, improvements to crop varieties and digital transformation in a country where more than half the population earns its living from farming.

As a global leader in hybrid rice, China's experience with the crop can help small-scale growers in Africa increase yields and escape poverty.

The foundation has invested $50 million to support the Green Super Rice project launched by the Chinese Academy of Agricultural Sciences, which aims to share high-quality rice varieties, germplasm resources and production techniques with Asian and African countries, as well as cultivate new varieties that can tolerate climate change and adapt to local conditions.

Apart from high yields, current research on green super rice focuses on adding traits such as drought resistance and saline tolerance in order to improve adaptation to climate change, said Xu Jianlong, an expert from the CAAS.

"Green super rice should also resist diseases so that less pesticide is needed and ecological security is protected," Xu said, adding that the strain was cultivated under challenges to both food security and the environment.

"Incomes are estimated to increase by $1.4 billion," he added.

However, the promotion of green super rice in Africa has not been successful because of insufficient investment in breeding, and an ineffective extended agriculture system.

There are few seed enterprises or institutions to guide individual growers, and the processing and market chains are struggling to develop, Xu said.

"Although green super rice varieties can reach Africa, it's hard to grow. That's the problem that we are about to tackle," he said.

Given that China has experience in rice planting and scientific research, the foundation started supporting the establishment of a rice seed system in Africa this year, principally in Nigeria and Mali during the first phase of plans.

"We hope to improve the efficiency of commercial rice production in Africa and ensure its food security," Xu said.

In addition, this year's Goalkeepers Report, entitled The Future of Progress, notes that nearly all of the United Nations' Sustainable Development Goals, which were expected to be achieved by 2030, will not be met.

But despite significant setbacks caused by overlapping global crises, the report is optimistic, underscoring opportunities to accelerate progress toward ending poverty, fighting inequality and reducing the effects of climate change.