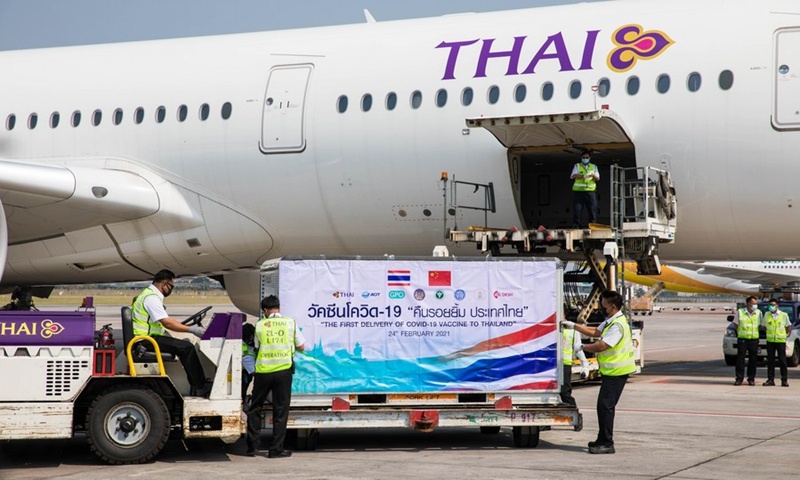 When a plane carrying Thailand's first batch of COVID-19 vaccines from China's Sinovac landed at an airport here on Wednesday, people waiting on the tarmac cheered and applauded.

"Thank you to the People's Republic of China for delivering the first batch of vaccines this month and the following batches in the subsequent months," said Thai Prime Minister Prayut Chan-o-cha, when he welcomed the vaccines' arrival at the airport. 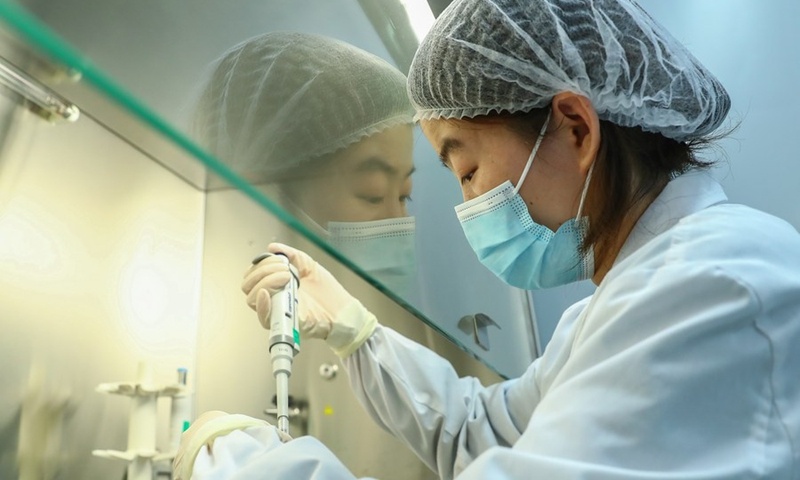 Prayut expressed his gratitude while a refrigerated container, with a banner reading "COVID-19 vaccines, returning smiles to Thailand" written in Thai, was lowered from the plane.

The Chinese vaccines would be distributed to 13 provinces of Thailand to prioritize health care workers and those most at risk, while more vaccine shipments are expected to arrive in March and April.

Thailand, known as the Land of Smiles, is heavily reliant on tourism but it recently has seen a drop in tourism due to COVID-19. The country welcomed about 40 million foreign tourists in 2019, but only 6.7 million last year.

It is widely expected that the COVID-19 vaccines will be a game-changer. Prayut hopes the vaccine would contribute to the recovery of the tourism sector through easing restrictive measures, such as exempting vaccinated tourists from the two-week mandatory quarantine.

The arrival of the Sinovac vaccines marks a significant move to jumpstart the vaccination process in Thailand and thus catch up with other member countries of the Association of Southeast Asian Nations (ASEAN), said Tang Zhimin, director of China ASEAN Studies at the Bangkok-based Panyapiwat Institute of Management.

Elsewhere in the ASEAN region, where COVID-19 has claimed more than 50,000 lives from over 2.4 million cases, countries are placing their trust in China as they have ordered, received or approved the emergency use of Chinese vaccines.

Among the biggest takers of the Chinese vaccines is Indonesia, which has ordered a large number of doses of the Sinovac vaccine.

"We should ensure the quality, safety and effectiveness. That's the first one. Then the second one is, of course, they have to be listed in the WHO (World Health Organization) recommendation," said Siti Nadia Tarmizi, the Indonesian government's spokesperson for COVID-19 vaccination.

In a livestream, Indonesian President Joko Widodo on Jan. 13 rolled up his sleeves to receive his first shot of the Sinovac vaccine, kicking off the nation's mass inoculation campaign.

The massive vaccination program would help Indonesia achieve herd immunity after 181.5 million people, or around two thirds of the country's population, are inoculated within 15 months, said Indonesia's Deputy Minister of Health Dante Saksono. 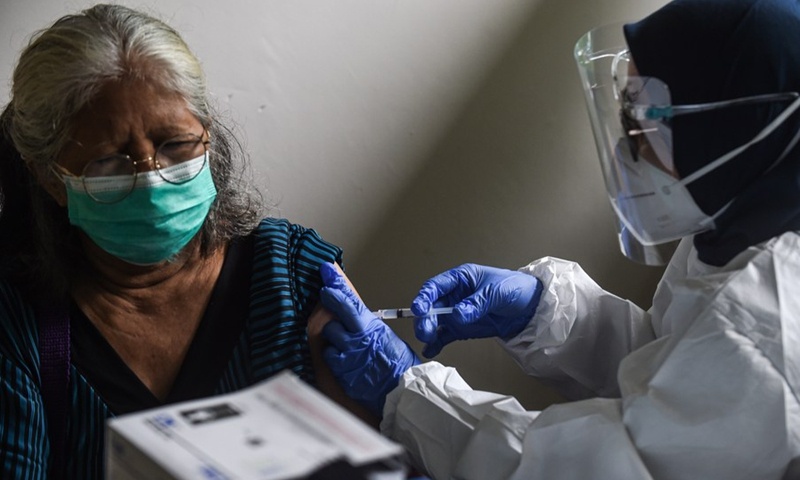 A woman receives a dose of COVID-19 vaccine during a mass vaccination campaign in Jakarta, Indonesia, Feb. 24, 2021. (Photo: Xinhua)

The largest economy in Southeast Asia is pinning its hope on the mass vaccination drive to curb its soaring cases, which have exceeded 1.3 million, and revitalize its virus-hit economy.

On Saturday, Malaysia also received its first delivery of the Sinovac vaccine, days after the country kicked off its inoculation program, which aims to inoculate at least 80 percent of the country's total population.

Viruses do not respect borders and only by cooperating in the spirit of solidarity can the international community overcome the pandemic, said Chinese Ambassador to Malaysia Ouyang Yujing.

As COVID-19 is still raging and countries around the world are scrambling to obtain vaccines, which are in short supply, China has promised to make Chinese COVID-19 vaccines a global public good.