More than 12.8 million people in China affected by Typhoon Lekima 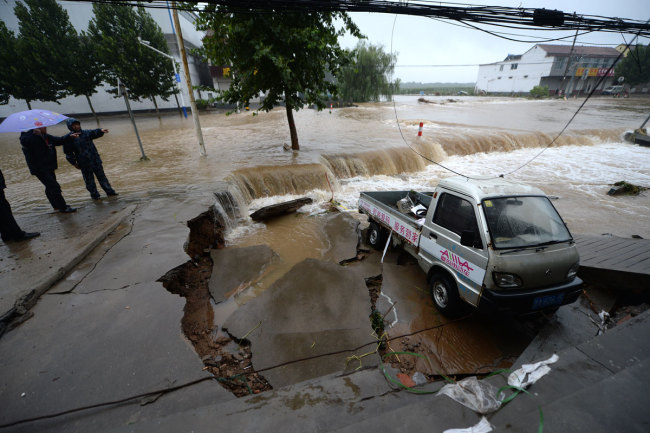 Some 12.88 million people in nine provincial-level regions of China had been affected by Typhoon Lekima as of 4 p.m. Tuesday, the Ministry of Emergency Management said.

About 2 million people in the provinces of Zhejiang, Jiangsu, Shandong, Anhui, Fujian, Hebei, Liaoning and Jilin as well as the city of Shanghai had been relocated, the ministry said.

Lekima landed at around 1:45 a.m. Saturday in the city of Wenling in eastern China's Zhejiang Province. It made a second landing at 8:50 p.m. Sunday on the coast of Qingdao in Shandong Province.

The typhoon, the ninth and strongest of the year, has left 48 dead and 21 missing in Zhejiang, Shandong and Anhui. Zhejiang was the worst hit as the typhoon made the first landing there, leaving 39 dead and nine missing.

Authorities have mobilized dramatic rescue and relief efforts, with firefighters, soldiers, policemen and government agency staff searching for those missing.

On Monday, the country allocated 300 million yuan (42.66 million U.S. dollars) to help with rescue and relief work in Zhejiang, Shandong and Jiangsu.