Chinese internet watchdog has launched a three-month campaign since March to crack down on improper and illegal short videos and livestreams. 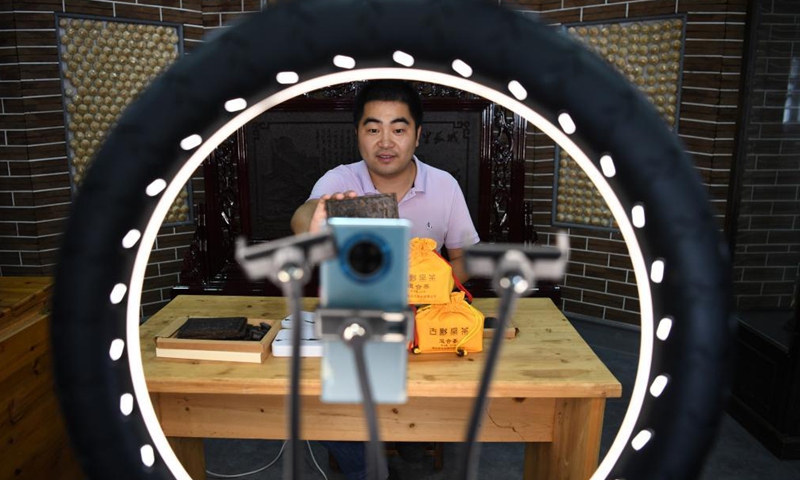 During the campaign conducted by the Cyberspace Administration of China and other related departments, 563,000 illegal livestreaming studios were handled, 2.351 million illegal short videos removed, 120,000 illegal user accounts closed, and 218,600 illegal livestreamers and short video accounts punished. A total of 16 major livestreaming and short video platforms, including Douyin (Chinese version of TikTok), Taobao and WeChat, have been the subject of this campaign, according to the Cyberspace Administration of China on Saturday.

During the campaign, cyberspace administration departments at all levels have investigated and punished 134 cases of websites with information security management loopholes and incomplete rectification of problems, and imposed penalties on more than 12 million yuan ($1.77 million).

The campaign focused on "pornography, ugliness, oddness, fake, vulgarity, gambling" and other illegal contents. Prominent problems such as chaotic life of internet celebrities, improper tipping to livestreamers, illegal profiteering, and malicious marketing were also among the crackdown.

Platforms such as Kuaishou, Bilibili and Huya Live that spread harmful and undesirable information such as pornography, vulgarity, violent abuse and encouraging tipping to live streamers have been fined and ordered to make rectification.

A total of 106 livestreaming and short video platforms, which spread illegal information, were removed from shelves and shut down in accordance with the law, and their operating entities were included in the blacklist of application developers.

The cyberspace authorities vow that they will guide the livestreaming and short video platforms to continuously optimize key functions, improve mechanisms, constantly intensify the crackdown on violations of laws and regulations in an attempt to promote the standardized and healthy development of the industry, and better safeguard the legitimate rights and interests of the people.