Though many college graduates in the Tibet autonomous region hope to land a stable job in the public sector, more have chosen employment in the private sector this year, the Lhasa Human Resources and Social Security Bureau said on Monday. 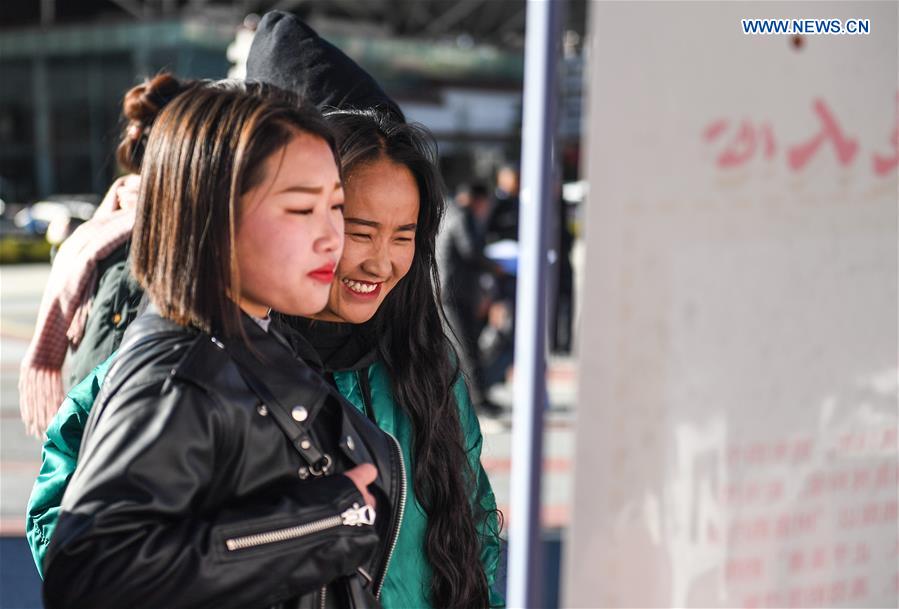 The city's employment rate for college graduates stands at 96.3 percent so far this year, with the private sector accounting for 78 percent of the figure, up by 12 percentage points year-on-year.

He Nengcheng, deputy head of the bureau, said employment matters to both families and the country and is a priority.

"We have been conducting a key job fair once every three months and small job fairs once every several weeks, and the employers are both from the region and other provinces," He said.

In 2019, Lhasa saw 13,100 new jobs in its urban areas, with the registered unemployment rate in urban areas within 2.2 percent.

According to a public service blue paper released by the Chinese Academy of Social Sciences in January, Lhasa ranked at the top of 38 Chinese cities in terms of job employment and social insurance.

According to the bureau, all levels of Lhasa municipal governments have been focusing on employment, with job fair information delivered via social media and government subsidizing college graduates who seek self-employment.

"This year, the government has already spent more than 27 million yuan ($3.8 million) to subsidize investment in college graduates, and 794 students have benefited from the policy," said He.

Tenzin Kunchen, who is a beneficiary of the government support policy, received a 50,000 yuan subsidy from the government in 2017 after trying to find a job for three years following graduation from Shenyang Jianzhu University.

Tenzin said he had financial difficulties at first, but thanks to government support he was able to start his own company producing audio guides.

"With more and more students graduating every year, employment in government institutes has become more difficult, so I chose self-employment," said the 27-year-old.

"Tibet is a tourism destination for people all over the world. My company produces audio guides in Tibetan, Mandarin and English, and I hope tourists will have a true understanding of scenic sites via different audio guides."