The qualifications of 2,980 deputies elected to the 13th NPC have been endorsed by the 12th NPC Standing Committee at its bimonthly session. 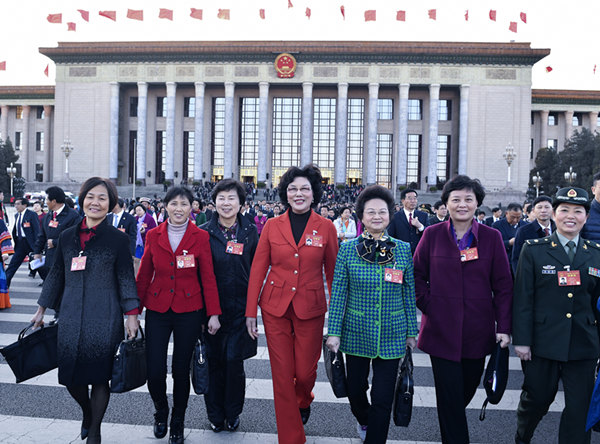 The new lineup has 742 women, accounting for 24.9 percent of the total, up 1.5 percentage points from the previous NPC.

A total of 468 deputies are workers and farmers. Their share has grown by 2.28 percentage points to 15.7 percent.

The 1,011 Party and government cadres still form the largest bulk, but its share has dropped to 33.93 percent. Professionals number 613, accounting for 20.57 percent.

About a quarter are re-elected deputies with the overall turnover rate in the national legislature remaining high.

There are also 36 deputies elected from Hong Kong and 12 from Macao. Thirteen Taiwanese elected on the mainland will serve as Taiwan deputies on the top legislature.

Xin Chunying, deputy secretary-general of the NPC Standing Committee, said that the deputies all have qualities like maintaining good ties with the people, having high moral standards, taking leads in their jobs, and having the will and ability to carry out duties as NPC deputies.

The 13th NPC will convene its first session in early March.