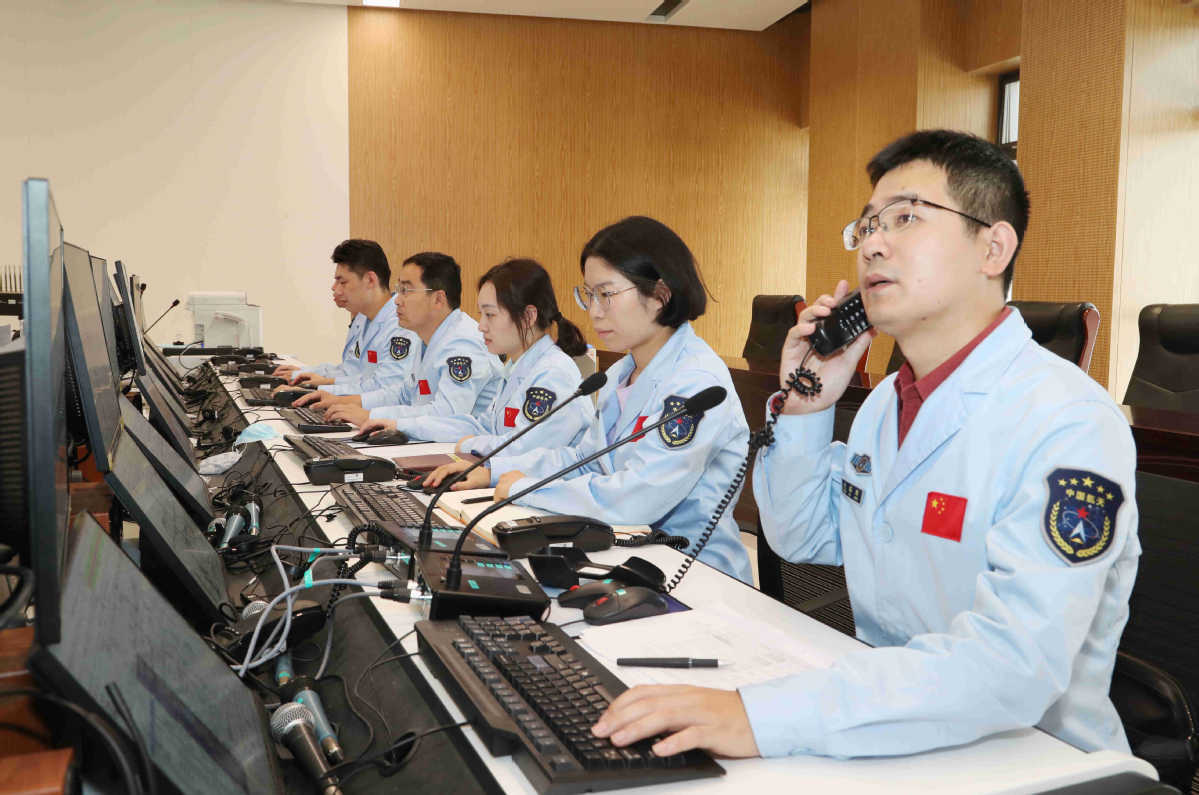 During a discussion with representatives of China's youth in 2013, President Xi Jinping called young people "the most dynamic and creative group of our society" and said that they should "stand at the forefront of innovation and creation".

China's young people have wholeheartedly answered his call. A notable development since then has been that Chinese scientists in their 30s are the backbone of some of the country's greatest scientific and technological endeavors.

In 2018, the average age of the workforce in China's science and technology sector was 35.9, down from 36.8 in 2013 and 37.4 in 2008, according to a survey conducted every five years by the China Association for Science and Technology. The trend was likely to continue over the following decade, according to the team that conducted the survey in 2018.

In space exploration, the researchers behind the Chang'e lunar exploration program and the nation's Shenzhou series of spacecraft have an average age of 35. Meanwhile, the average age of the team that created the Beidou Satellite Navigation System is 37, according to People's Daily.

China's deepest diving manned submersible, Fendouzhe, the Beishan underground research laboratory for high-level nuclear waste, and the Five-hundred-meter Aperture Spherical Radio Telescope, also known as FAST, have a research workforce that is mostly in its 30s.

Zhao Hongzhou, founder of China's scientometrics, the field of analyzing scholarly literature, said scientists typically make their biggest achievements between the ages of 25 and 45, with their productivity peaking at around 37.

Since it became operational in September 2016, the telescope has been instrumental in the discovery of around 340 pulsars, extremely dense and magnetic rotating stars that emit beams of radiation out of their magnetic poles.

The telescope has also contributed to helping mankind better understand the origin of fast radio bursts, extremely brief but powerful flashes in the universe. This feat was listed by the journals Nature and Science last year as one of the biggest scientific achievements of 2020.

On Feb 5, Xi met with FAST's key project managers and researchers. He called the telescope "an instrument of national importance" which represents a major original breakthrough in frontier sciences.

The selflessness and silent dedication exhibited by FAST's scientists was moving and exemplary, he said, adding that science workers should embrace the scientific spirit, scale new heights in the world of science, and make greater contributions to China's rise as a scientific powerhouse.

For the young scientists and engineers working on FAST, there is a special photo that they believe best captures the spirit of the team engaged in creating it, and it is just as inspiring as the aerial view of the world's largest single-dish telescope.

The photo shows then vice-premier Liu Yandong, then president of the Chinese Academy of Sciences Bai Chunli, and FAST's chief scientist Nan Rendong, who passed away in September 2017, posing on the catwalk in front of the giant telescope during its launch ceremony in 2016.

Liu and Bai both had warm smiles fitting the occasion, while Nan's expression was a mix of joy and anxiety, as he and his team knew the past 22 years they had spent building a telescope the size of 30 soccer fields was merely the first step.

"It would still take a monumental effort and ingenuity to calibrate the colossal machine and get its complex systems working in harmony," said Jiang Peng, FAST's chief engineer. Jiang said the group photo still brings back memories of his friend and mentor Nan every time he looks at it.

The construction of FAST pushed the team to its physical and intellectual limits, including creating new systems to operate the telescope, also known as the "Sky Eye", whose "retina" consists of over4,450 panels controlled by 2,225 hydraulic actuators.

Engineers also scaled FAST's six towers to install and upgrade lightning protection equipment in the rainy, remote and mosquito-filled valleys of Guizhou province. "Our youth is very special, because it is devoted to a giant 'wok'," Jiang said of the telescope.

"Behind the glory and success of FAST lie our sacrifices, our deceased comrades, our inexperience at the start of the project, and our puzzlement when building the project," he said.

"People often called our team exemplary, but we were just a group of ordinary people who joined the project in our 20s, and worked tirelessly for it well into our 30s and 40s," Jiang said.

"We sometimes joked that Nan dug a hole so massive and mesmerizing that over 100 people were willing to jump into it and stay there with no regrets for over 20 years."

Yao Rui, the researcher behind FAST's feed cabin, said that at the age of 28, two years after joining the team, she was tasked with creating the "pupil" of the "Sky Eye", a cabin that would be suspended 140 meters above the instrument's reflective surface.

Yao spent the next two years traveling between Beijing and Shijiazhuang, Hebei province, to attend workshops and meetings on the project.

Some of her most challenging tasks involved downsizing the cabin's weight from 34 to 30 metric tons, while preserving most of the internal systems and leaving enough room to fill it with as much intricate and sensitive equipment as possible.

Yao's solution was to change the frame of the cabin from a cylindrical to a diamond-shaped structure. The redesign was bold and almost seemed counterintuitive, but later testing revealed that it worked perfectly.

"Encountering a problem is the least of my worries, because wherever there is a problem, there is an opportunity to conduct further research," she said. "As a young scientist, I am lucky to align my personal passions with the needs of the nation, so I can improve and grow together with the country."

Sun Jinghai, 38, said he had spent the last 15 years at FAST perfecting and protecting the giant machine. This ranged from creating new control systems to installing lightning protection equipment on the telescope's six supporting towers.

Nan often stressed that FAST not only needed to be precise and sensitive in its applications, but it should also be beautiful to look at. "He expected nothing less of an instrument of national significance," Sun said.

"I devoted 15 years to FAST, and, in return, FAST helped me grow, expanded my knowledge and expertise, and rewarded me with confidence as I overcame numerous obstacles and setbacks," he added.