CHINA Moscow calls for joint cooperation with Beijing against US interference

Moscow calls for joint cooperation with Beijing against US interference 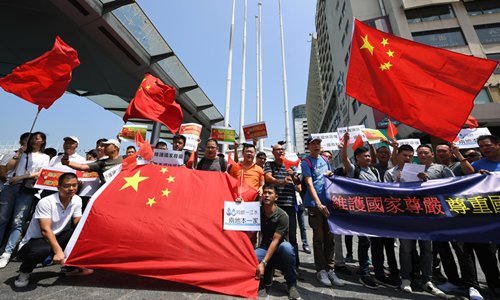 Russia and China should exchange information on the interference of the United States in the internal affairs of the two countries, the Russian Foreign Ministry said Friday.
The ministry's spokesperson Maria Zakharova said at a news briefing that Moscow is aware of Chinese statements that the United States interferes in Hong Kong affairs and it treats this information "with all seriousness."
"Moreover, I think it would be right and useful to exchange such information through respective services," Zakharova said, adding that she and her Chinese colleagues will discuss the issue soon.
Zakharova said the United States' secret service is using technology to destabilize Russia and China.
Earlier on Friday, the Russian Foreign Ministry said it had summoned US Embassy Political Section head Tim Richardson, and presented him with an official protest against the US encouraging an unauthorized opposition rally on Aug. 3.
The ministry criticized the United States for attempting to interfere in Russia's domestic affairs.
Also on Friday, Chinese Foreign Ministry spokesperson Hua Chunying called on the US side to immediately stop intervening in Hong Kong affairs and China's internal affairs.
On Thursday, the Office of the Commissioner of the Ministry of Foreign Affairs of China in the Hong Kong Special Administrative Region lodged stern representations with the US Consulate General in Hong Kong after a diplomat at the consulate general reportedly met with "Hong Kong independence" activists.