Mother of 118 adopted children sentenced to 20 years in prison 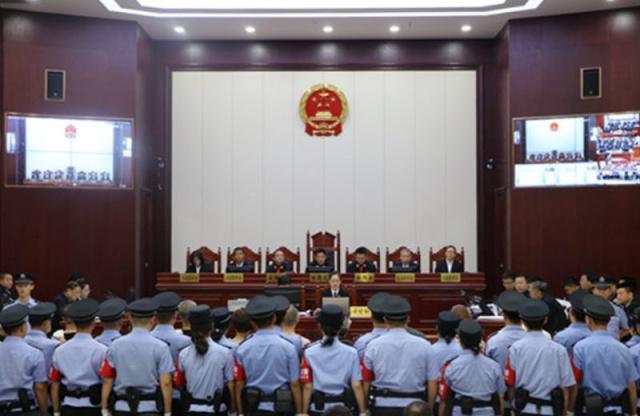 The trial of Li Lijuan, once known as an angel mother for raising abandoned and disabled children, begins on June 19, 2019. The trial is expected to last three days. (Photo: Wu'an People's Court)

Li Yanxia, a woman once famous for adopting 118 children, was sentenced to 20 years in prison and fined 2.67 million yuan ($388,000) for multiple crimes including manipulating children to serve her own purposes, according to the court statement in Wu'an city, Hebei on Wednesday.

The case also sentenced another 15 defendants, her believed accomplices, including her boyfriend Xu Qi. They were collectively sentenced to between one and 13 years for crimes including disturbing social order, forging company seals and harboring criminals, said Wu'an People's Court.

Using the pseudonym Li Lijuan, Li Yanxia was believed to be a benevolent woman who had spent millions of yuan raising the children, orphans or abandoned, in the city's Baijiazhuang village since 1996. The number of children under her care reached 118 in 2017.

Her story helped her earn recognition as one of 10 major figures in the province in 2006, until the local authorities put her under criminal detention last year over multiple charges including manipulating children to hinder construction, allowing her and her partners to blackmail construction companies, as the report showed.

Previous media reports said police had frozen as many as 45 of her personal bank accounts, holding total deposits worth more than 20 million yuan ($2.9 million).

She was placed under criminal detention in May 2018, while 74 children have been taken into care by the local government.