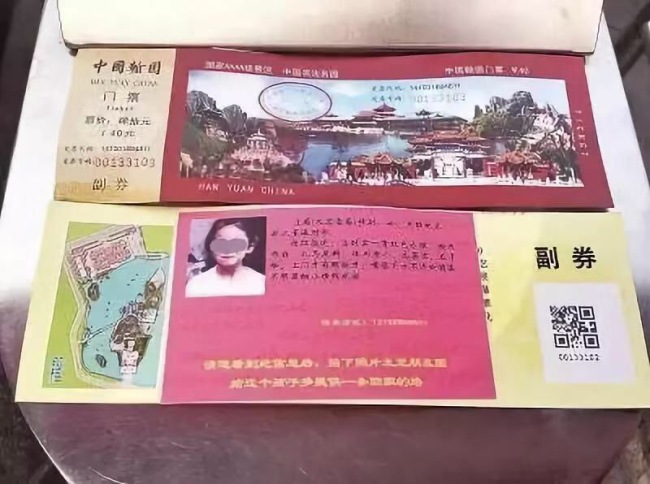 Tickets for the park in the city of Kaifeng. Attached to each ticket is a card containing photos and information about lost children. (Photo: Xinhua)

A mother has been reunited with her missing daughter thanks to cards containing information about lost children handed out by a park in Henan Province.

According to Xinhua News Agency, a mother recently wrote to the park in the city of Kaifeng to thank them for helping her daughter to return home. Her daughter went missing in 2003 when she was seven years old. Her mother said that after spending more than a decade unsuccessfully trying to locate her she had become almost entirely engulfed in despair. But her daughter happened to come across a picture of one of the park's tickets online, and saw a notice on the back about her disappearance. The daughter then managed to contact her mother, and they were reunited in December. 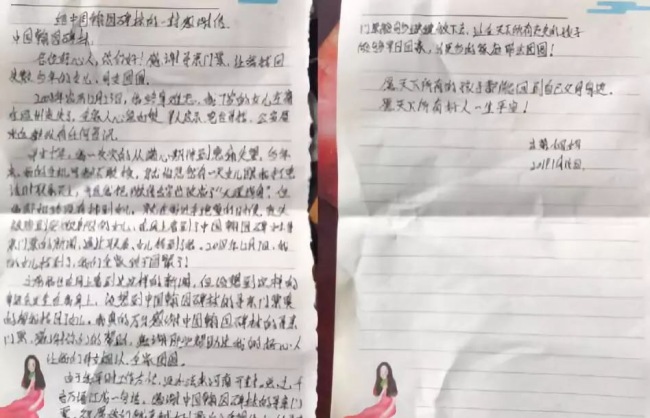 A mother wrote to the park in Kaifeng thanking them for helping her to be reunited with her daughter, who went missing in 2003 at the age of seven. (Photo: Xinhua)

By sticking these cards onto the back of its tickets, the park has been encouraging visitors to share the information on social media, in a bid to help reunite families. Tens of thousands of copies of the card containing information about 300 missing children have been distributed.

Peng Haihong, the manager of the park, said that because they receive such a large number of visitors during its temple fairs every year, they believe the cards are a good way to bring public attention to the plight of the lost kids.

"We were so excited to receive this letter of thanks, some of my colleagues even burst into tears; we think our efforts have paid off. It is so good to see our tickets help those lost children be reunited with their families," a park employee told Xinhua.