MoU has been signed to boost Sino-Italian synergies in tourism

The National Federation of Travels and Tourism (Federturismo Confindustria), a branch of Italy's largest business association Confidustria dealing with tourism, said in a statement on Friday that it has signed an agreement with China's largest online travel agency Ctrip to boost Sino-Italian synergies in tourism. 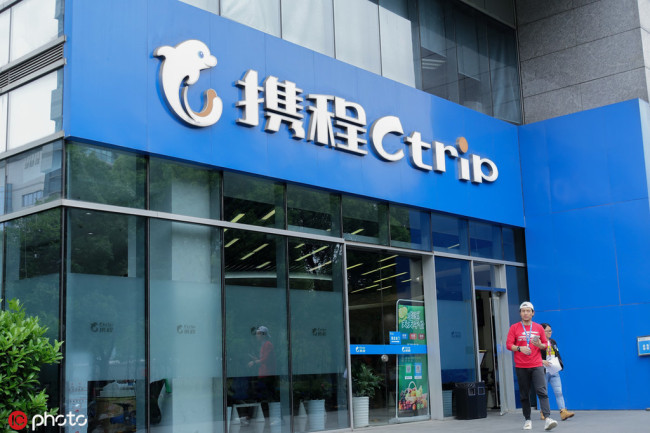 The Memorandum of Understanding was signed at the Capitoline city hall, under the auspices of Rome's councilor of economic development, tourism, and Labor Carlo Cafarotti.

The various MoUs are all meant to boost connectivity between Asia and Europe in the light of the Belt and Road Initiative (BRI), according to the business association.

"For Italy and Europe, the new Silk Road (BRI) represents a wide economic project able to improve connection with the Asian economic giant through the creation of infrastructures, railways and ports," the Italian business association explained. The Duomo Cathedral, the largest church in Italy, is pictured in central Milan, on July 17, 2009. (File Photo: AFP)

As China was expected to become the world's largest outbound tourism market by 2020, Italian operators aimed at improving both the country's overall power of attraction and the quality of services offered to Mandarin-speaking travelers, according to the group.

"The signing of this MoU with Ctrip is very relevant for us, because we wanted to serve as pioneer for all of our sectoral associations," Federturismo Confindustria president Marina Lalli told Xinhua.

"Under this framework, our goal is now to promote further specific deals -- or privileged channels of cooperation -- between the Ctrip and the single categories of firms we represent," she added.

Chinese tourists made a total of 1.8 million trips to Italy last year. Italy issued 15 percent more visas in China in 2018.

According to a recent report by the China Tourism Academy and the travel agency Ctrip, Italy was the second most popular European destination for Chinese tourists.