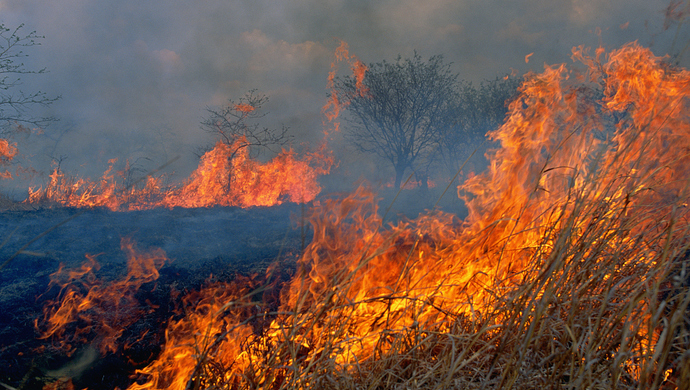 The fire started on a mountain in Gaoming District, in the city of Foshan, at 1: 53 p.m. Thursday, according to the district government.

The fire has spread across 200 hectares due to strong winds but no causalities have been reported so far.

A total of 26 locals near the fire site were evacuated to safe areas, and the government has sent staff to inform locals in nearby villages to get prepared for evacuation if necessary.

More than 1,000 people, four drones and eight emergency vehicles have been dispatched to battle the fire, and fire pumps have been mobilized to the site.