Liberalization of cross-border investments is a tough task but inevitable in order to facilitate international usage of the renminbi. Fortunately, financial opening-up measures confirm the country's determination to go through the process, no matter what, experts said. 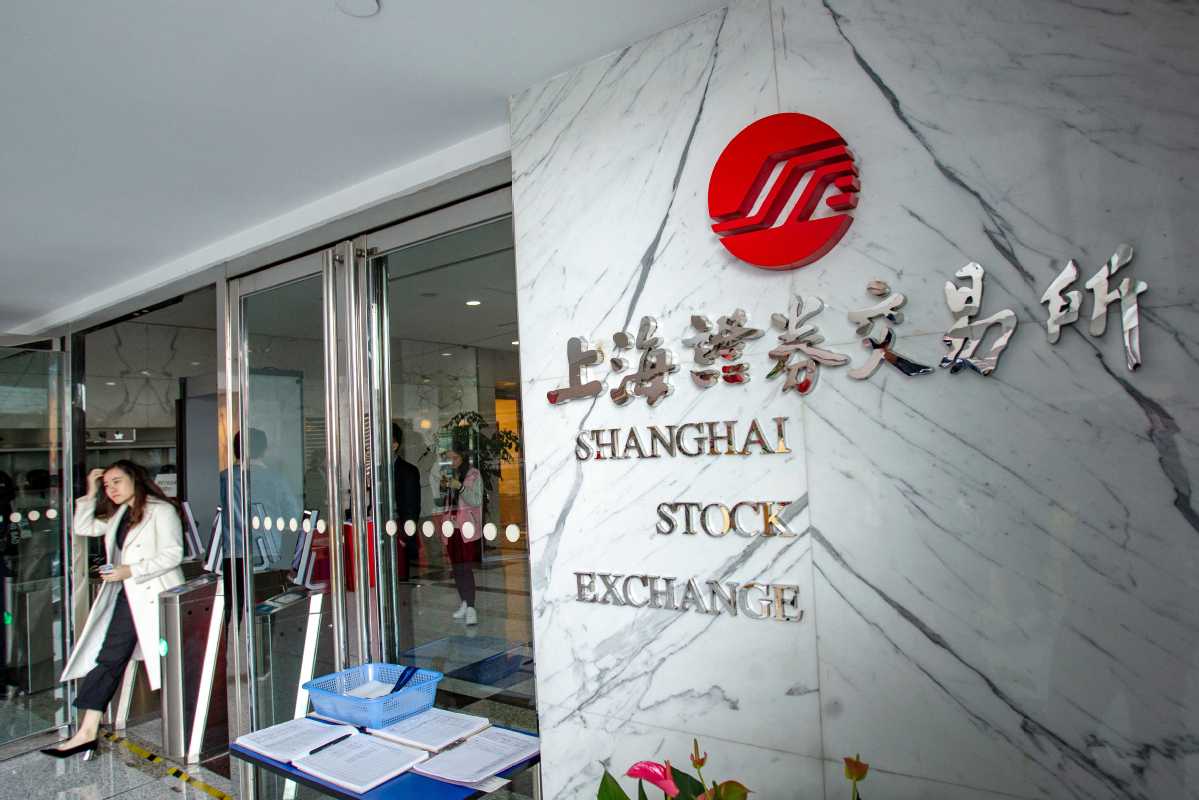 A woman steps out of the Shanghai Stock Exchange. The Shanghai-Hong Kong Stock Connect program recorded a trading volume of 20 trillion yuan from November 2014 to May 2019. (Photo: China Daily)

Further encouraging external investors to use the RMB to buy bonds and shares in the mainland, has been listed on the financial regulator's to-do list in the context of deepening internationalization of the Chinese currency, according to the central bank.

"The People's Bank of China is carrying out a considerable reform for the unification of regulatory requirements for the opened (cross-border) investment channels," said Pan Gongsheng, vice-governor of PBOC and the administrator of the State Administration of Foreign Exchange.

Different "channels" are existing at the same time, but are isolated from each other, and the regulatory rules are various, in terms of market access and foreign exchange management. Because of that, foreign investors experience inconvenience in launching multi-channel investments, a senior central bank official said.

But the RMB internationalization requires "high-quality" capital account convertibility, as well as changes to the cross-border investment regulations, wrote Huo Yingli, director of the PBOC's Macro Prudential Management Bureau, in an article.

The Shanghai-Hong Kong Stock Connect program, which launched in November 2014, recorded a trading volume of 20 trillion yuan ($2.8 trillion) till May 2019 under this scheme. Foreign investors' shareholdings were 1.7 trillion yuan. By comparison, the cross-border invested fund was only 55.3 billion, less than 0.3 percent of the total trading volume, according to central bank data.

Last month, the SAFE announced that it will remove the investment quota limits under the QFII and RQFII programs. Restrictions applying to the countries and regions in the RQFII pilot program have also been eliminated.

After China scraps investment quotas, a steady increase in investments in domestic assets by the QFIIs is expected, which is also a measure to promote the RMB usage in cross-border investments, said analysts.

"The global experience demonstrates that emerging market economies that liberalized cross-border investments in securities have introduced price-based regulation for risk prevention," said Zhang Xin, deputy director of the SAFE, in an interview with the Xinhua News Agency.

"The SAFE is working on revising the support regulations for the abolition of quota restrictions," Zhang said. Measures, including wider access to investment for long-term value investors, are also under discussion.

According to data from the Institute of International Finance, by the end of the first half of this year, net capital inflows into Chinese stock and bond markets reached $14.1 billion and $21.7 billion respectively.