Chinese pharmaceutical company Fosun Pharma, a partner of German Biotech company BioNTech, is on track to seek approval from the Chinese regulator for the COVID-19 mRNA vaccine in the Chinese mainland, Hui Aimin, PhD, President of Global R&D and Chief Medical Officer of Fosun Pharma, told the Global Times in an exclusive interview on Wednesday, noting that he is "very optimistic" about the mRNA vaccine development in China. 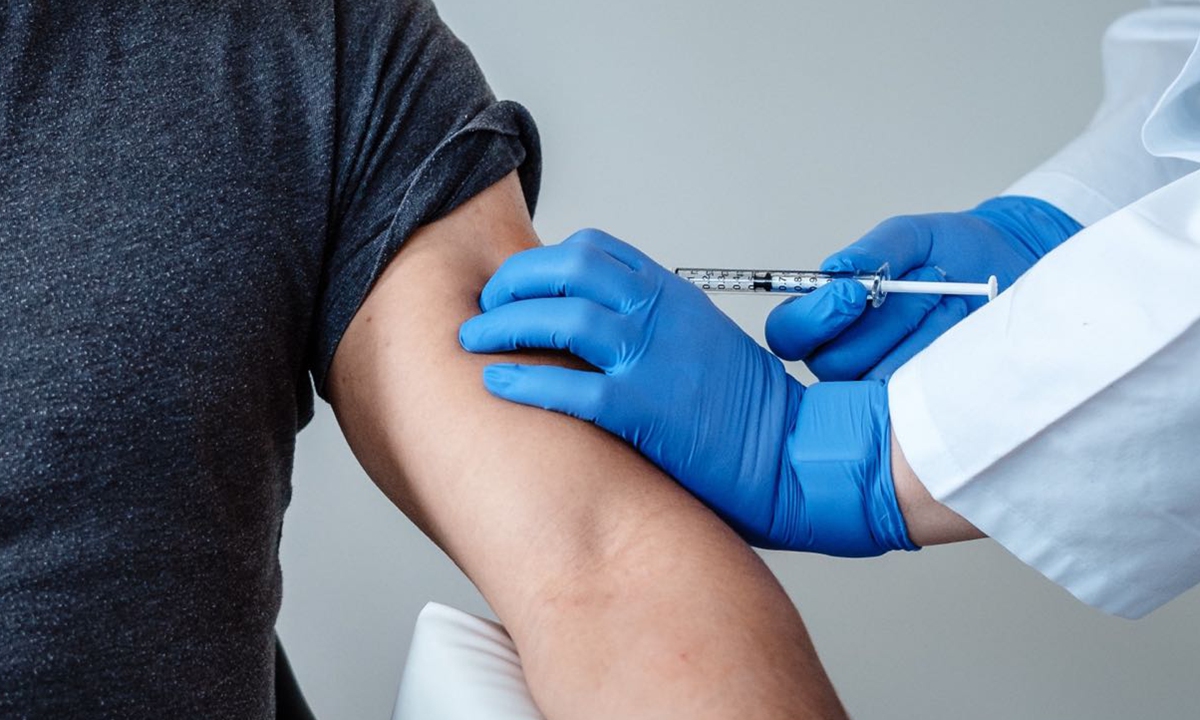 A dose of COVID19 vaccine BNT162b2 is given to a man. Photo: Courtesy of BioNTech

The phase 2 clinical trial of the vaccine named BNT162b2 - widely called Pfizer-BioNTech's vaccine in Western media - will soon complete its data gathering in China. The company will link it up with the obtained phase-3 trial data overseas to apply for an approval from China's National Medical Products Administration, said Hui.

The phase 2 clinical trial is expected to observe the basic vaccine effectiveness on participants, especially seniors, as half of the participants are from the ages of 55 to 85, said Hui, noting that people who have chronic diseases but not in the acute stage were also included.

All 960 participants have completed two-dose inoculations, and have reported no serious adverse reactions so far.

As planned, Fosun Pharma will partner with BioNTech to offer at least 100 million doses to China. Fosun Pharma has made an initial payment of €125 million ($149.91 million) for the vaccines to BioNTech.

The vaccine candidate received authorization for emergency use in China's Hong Kong Special Administrative Region on January 25, 2021, and the HK government has reached a deal to purchase up to 7.5 million doses.

The vaccine has received emergency use approval in the UK, US, Canada, and Europe.

The phase 2 clinical trial in China will focus on comparing data from domestic and overseas trials to find any potential differences in immunogenicity and safety of the vaccine candidate that may be caused by factors such as environmental or genetic differences.

Currently, the vaccine needs to be kept at minus 75 C during transportation and long-term storage, and once removed from the freezer, the unopened vaccine can be stored for up to 5 days at 2 C to 8 C. The stringent transport requirement is believed to bring some difficulties in rolling out the vaccine in some developing countries or remote areas. 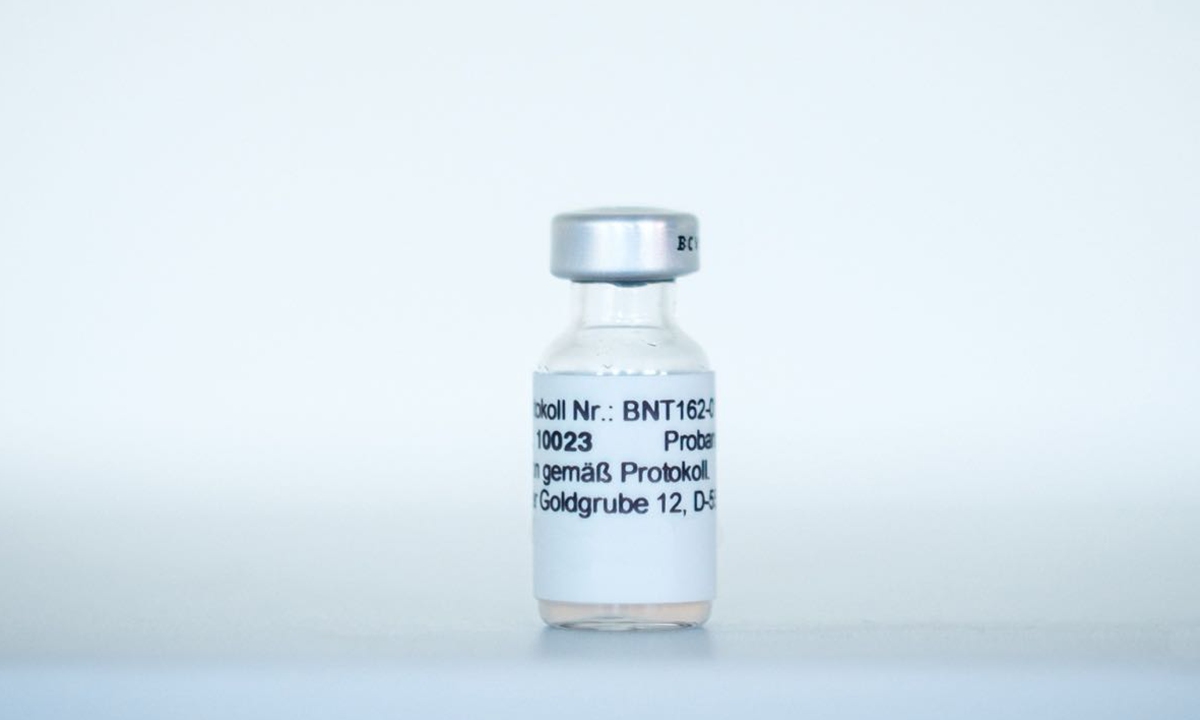 Hui told the Global Times that Fosun Pharma is working with BioNTech to improve the vaccine to reduce its temperature sensitivity.

The company has partnered with China's Sinopharm to prepare for mass shipments of the mRNA vaccine, Hui said.

Norway had reported 23 deaths of elderly people following administration of BNT162b2, according to media reports on January 15, though a direct cause-and-effect relationship has not been confirmed. Media also reported several severe allergic reactions after its mass use, raising public concerns about its safety.

Hui believes that such "coincidental reaction" is almost certain to occur in any vaccination process, but no evidence so far suggests that the vaccine itself is fatal.

As the vaccination scale rises, such occurrences of coincidental reactions will be expectedly higher, Hui noted.

He argued that so far there is no public scientific data to show that the probability of adverse reactions of the mRNA vaccine is higher than that of the traditional vaccine.

He said the deaths in Norway alerted health professionals to be more careful when inoculating seniors as the vaccine may contribute to a severe course among the fragile elderly, particularly people with underlying conditions.

All the deaths have occurred in frail, elderly patients over 80 in nursing homes, Norwegian media NRK reported.

Balancing the risks and benefits, he suggested that the caregivers should be vaccinated first to form a "protective wall" for the elderly.

Hui said the BNT162b2 vaccine is still effective against mutated strains in the UK and South Africa as current research found. The mRNA vaccine can trigger double immune responses - humoral and T cell responses - of which T cell is normally hardly affected by strain mutations.

In a worst-case scenario, the vaccine could be technologically updated within six weeks if it needs to be redesigned, which would be good for dealing with the uncertainties of future outbreaks, Hui told the Global Times.

Hui believes that the approval of the mRNA vaccine in China can be complementary to the inactivated vaccine predominantly used in China in terms of production capacity and technology, while denying that the two types are competing.

"Various types of vaccines are valuable to control the pandemic as long as they are effective and safe. They are never competitive but rather complementary," said Hui.

During the clinical development stage, BioNTech provides the clinical supply of the vaccine from its GMP-certified mRNA manufacturing facilities, while Fosun Pharma specializes in clinical trial design and execution, regulatory approval and commercializing the vaccine in China.

BNT162b2 is the world's first vaccine candidate to obtain complete phase-3 trial data since it started research in early February 2020. Six clinical trials are currently underway around the world, two of them in China.