Multilateralism is the best and only way to promote non-proliferation

The 3rd Training Course for the 1540 Points of Contact in the Asia-Pacific Region, co-hosted by the Ministry of Foreign Affairs of China, the United Nations Security Council 1540 Committee and the United Nations Office for Disarmament Affairs, was launched on October 21 in Xiamen, Fujian Province. 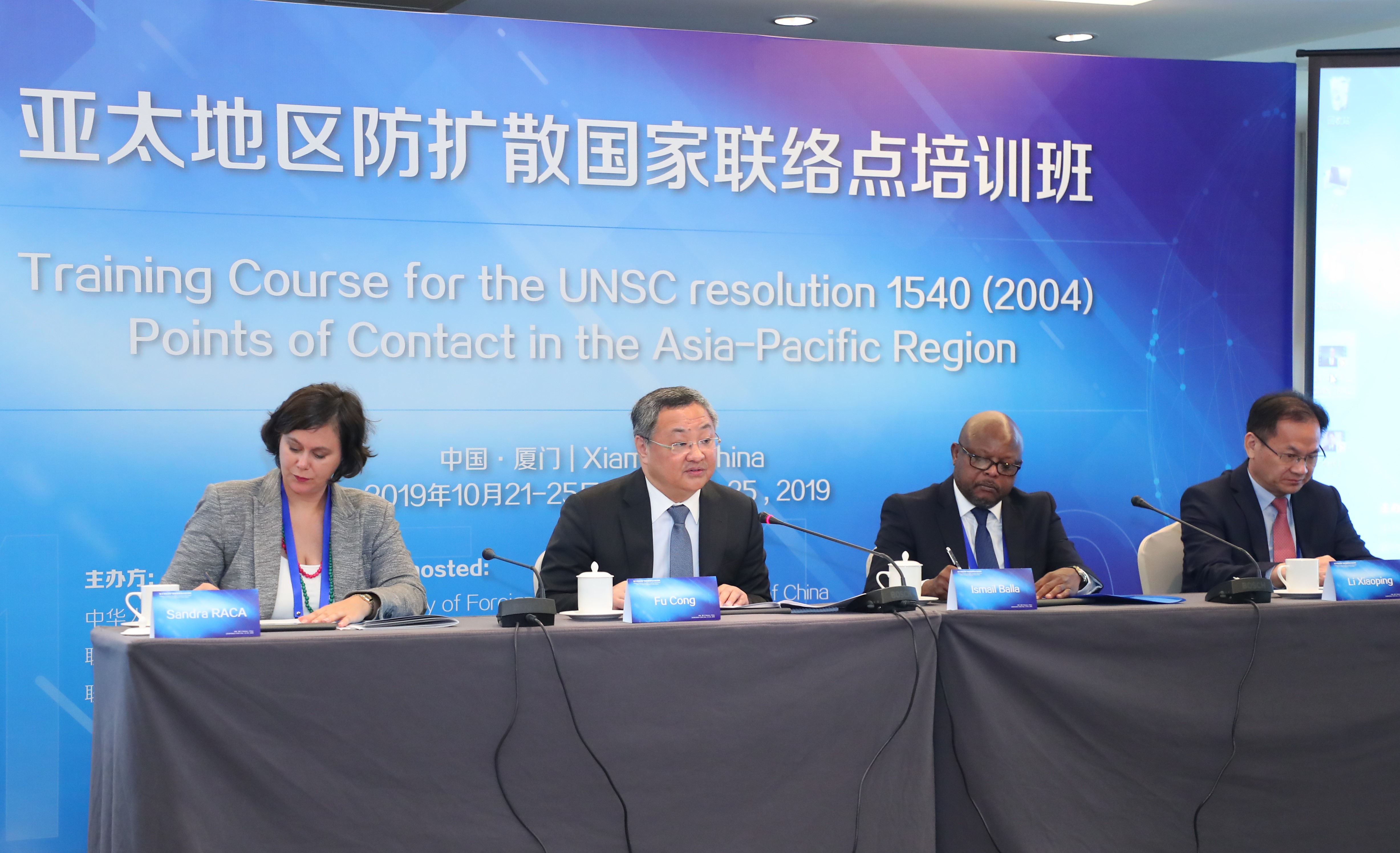 Fu Cong, Director General of the Department of Arms Control of Foreign Ministry, delivered a keynote speech at the opening session. He said proliferation of WMD and its means of delivery constitute a major challenge for the international community. To tackle such global challenge, it is indispensable to pursue multilateralism under the guidance of the UN and with the solidarity of all UN member states.

Fu pointed out that the United States, out of its selfish geopolitical interest, is trying to re-introduce political ideology into the field of arms control and non-proliferation. Attempts are being made to even resuscitate the Cold War era specter of COCOM under the name of “Coalitions of Caution” for export control, aimed at hampering normal international technology exchanges and cooperation, through technological decoupling.

In this regard, Fu emphasized that in the face of widespread security threats, no country can be safe on its own, and the global endeavor of non-proliferation won’t be effective without international cooperation. Export control should neither be a disguise for trade barriers nor a tool for unilateral bullying. The international community should join hands to uphold multilateralism and oppose the wrongdoings of the US.

Fu also discussed China’s practice and achievements in non-proliferation. He stressed that China is firmly against the proliferation of WMD and its means of delivery. This is a strategic decision China has made, which stems from its fundamental interests and for the sake of the future of mankind. It is also consistent with the path of peaceful development China is pursuing and the building of a community of shared future for mankind. China will not deviate from the overall objective of non-proliferation, nor will it scale down its non-proliferation efforts.

China was the first country to host training courses for national Points of Contact, which is of much significance to the implementation of resolution 1540 in the region. This training course will focus on how to improve international non-proliferation system, implement the resolution and strengthen national non-proliferation capacity building. Representatives from 18 Asia-pacific countries, the IAEA, OPCW, UNODC, WHO, WCO, NSG, MTCR and other international organizations and mechanisms participated in the course.