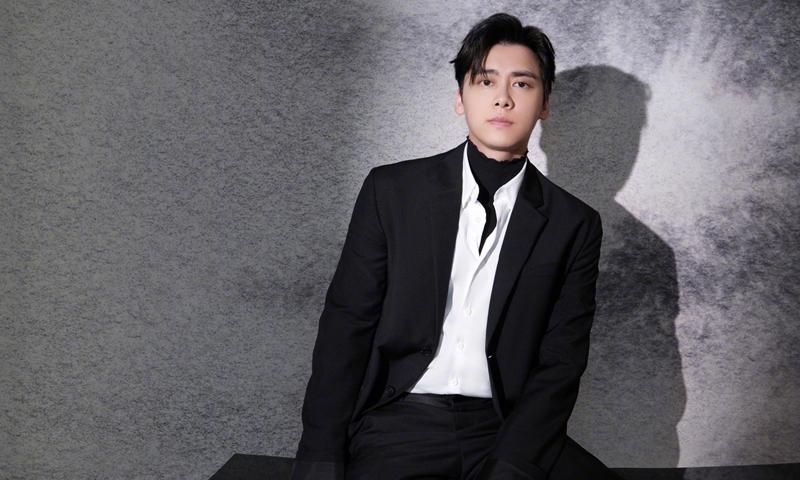 Chinese actor Li Yifeng, 35, has been detained for soliciting prostitution on multiple occasions. The Beijing police announced in a statement on Sunday the detention of a man surnamed Li, and national media then confirmed it was actor Li Yifeng.

The announcement came after Li's studio issued a statement on Saturday night, saying that some comments about Li's personal life on the internet were only rumors.

The actor was detained under criminal charges of soliciting prostitution and he confessed to the crime, according to the report posted on the Sina Weibo account of Beijing Municipal Public Security Bureau.

The man has been placed under arrest according to the law, the Beijing police said.

The news immediately ranked among the top of trending topics on Sina Weibo. Many brands such as Zhenguoli under Mengniu, Prada, Luk Fook Jewelry, Panerai, Sensodyne and Kyoto Nian Ci'an then announced the termination of their partnership with Li.

Li, an actor with more than 36 million followers in Sina Weibo, was on a previously announced list of celebrities expected to attend the Mid-Autumn Festival Gala on CCTV on Saturday night, but his name was later deleted from the program.

On Saturday, Li's studio issued a statement, emphasizing that Li has always abided by professional ethics and behaved within the limits of morality, adding that "the comments about Li Yifeng's personal life on the internet are untrue and have been maliciously fabricated to spread rumors by people with ulterior motives."

The statement also requested major online platforms to block or delete the "infringing content," but the statement did not give a reason for Li's removal from CCTV's Mid-Autumn Festival Gala and the Supreme People's Procuratorate.

Shortly after the studio's statement, Li himself also published a long post on Weibo, emphasizing that the rumors not only caused emotional damage to himself, but also affected all his ongoing businesses.

Li wrote: "I hope Li Yifeng will live on in his film and television work, will live responsibly and will also live in the social responsibility of today's youth, instead of living among lawsuits and fighting against malicious rumors."

"The arrest makes Li and the team's previous announcements ridiculous," said a comment posted after the news report on Sunday.

"Behave morally and do not cross the line of the law: these are basic life principles for a human being. As a public figure, Li should have known better, but even after arrest, Li did not seriously reflect upon his own faults, and instead he hoped to erase traces of illegal activities in a variety of ways. Not repenting after making a mistake is more unforgivable than simply making a mistake," the comment said.

According to netizens' posts on Weibo, Li was originally scheduled to attend a brand promotion in Hangzhou, East China's Zhejiang Province on September 2, but he was absent from the event for no plausible reason.

Later that day, Li made a livestream announcement, blaming the epidemic for his absence in the Hangzhou event.

In 2016, Li won the Best Supporting Actor Award at the Hundred Flowers Award for his film Mr. Six.

Another actor Chinese-Canadian pop idol Kris Wu in the same film was detained by Beijing police for suspected rape in July of 2021.